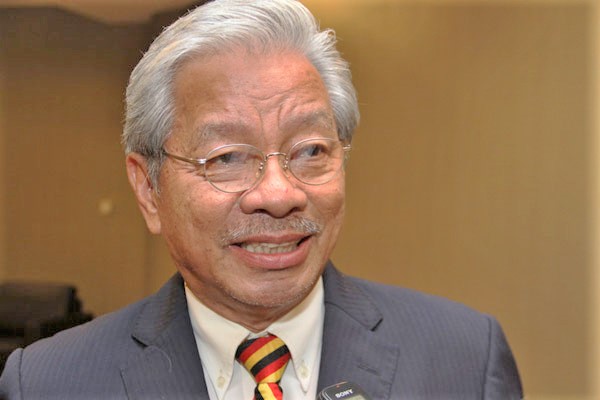 KUCHING: The Gabungan Parti Sarawak (GPS) state government has set three conditions for their endorsement of a candidate for the prime ministerial post.

Deputy Chief Minister Tan Sri James Jemut Masing said a meeting has been slated for tomorrow (March 1) in the nation’s capital to decide the party’s stand for which nominee would receive the support from the GPS’ bloc of 18 MPs.

“Firstly, it must be for the national interest. Whoever will be the next prime minister must listen to inputs from all parties across Malaysia and as of the moment, there is a problem as they are not listening to the people on the ground.

“As a result, it is caused an instable economy which is detrimental to the nation’s growth. They must listen to us and our input rather than just deciding among themselves and the people around him (the prime minister),” he told Awani: Consider This on Friday night.

Masing said the second condition is GPS is not willing to work with the Democratic Action Party (DAP) due the latter’s ‘administrative arrogance’.

“One example is when then Finance Minister Lim Guang Eng came to Sarawak, he announced the state will be bankrupt within three years. That is irresponsible of him as whatever he said as the Finance Minister has a bad impact on the state’s economy.

“They don’t listen to others and they only do what serves them, and to us in Sarawak we are not happy to be put together with DAP,” he said.

He also stressed that Sarawak interest must be taken into account by the new premier, which GPS sets as the third and last condition, adding that Malaysia Agreement 1963 (MA63) must be included in the Federal Constitution.

“The prime minister must also consider our asset in oil and gas. Petronas now is liberal to our interests and its revenue is what keeps the state alive in terms of developing our infrastructure.

“We are behind West Malaysia and Petronas must be kind to us and look at it in a kinder light,” he said.

Asked on whether the coalition would demand a Cabinet position in return for their support, Masing said such would be discussed in the March 1 meeting.