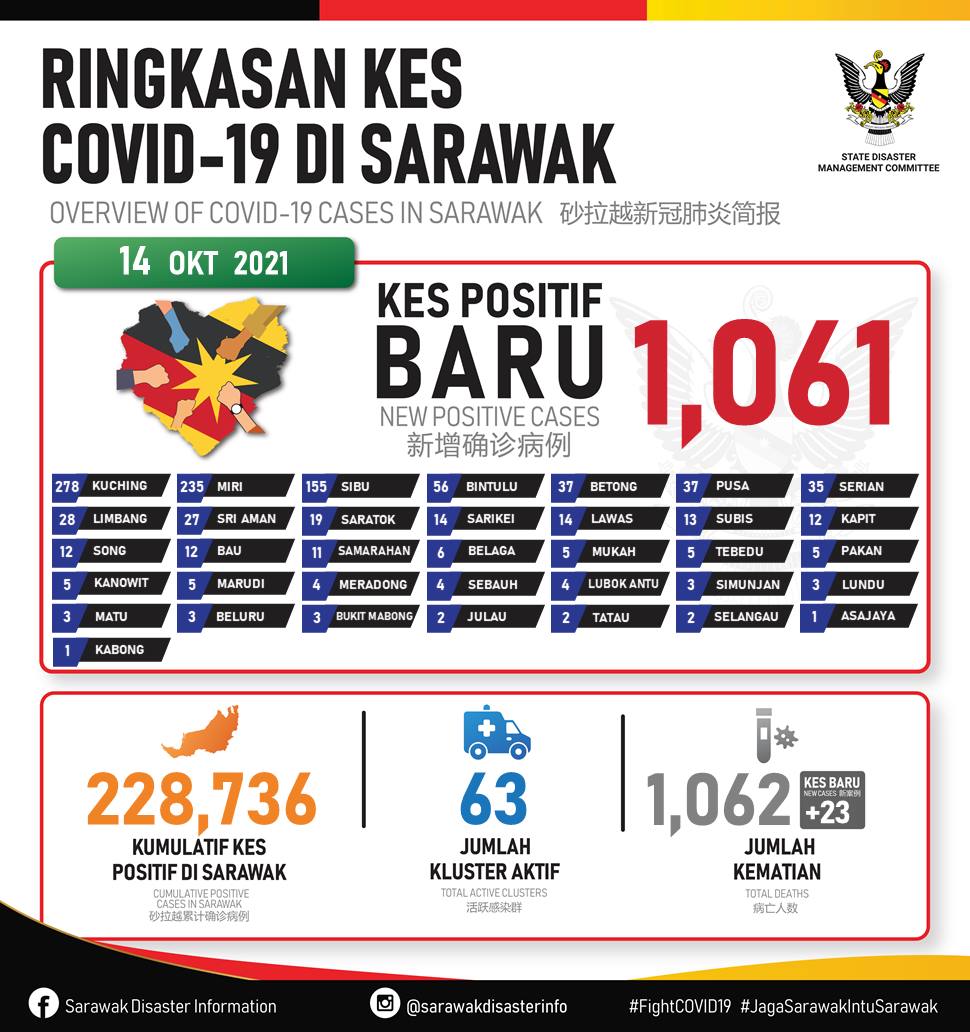 KUCHING: Three Covid-19 clusters, namely Sega Cluster and Sebobok Cluster in Bau, and Andi Liam Cluster in Beluru have come to an end after recording no new cases in the past 28 days.

Twelve new cases were each reported in Kapit, Bau, and Song; followed by Samarahan (11); and Belaga (six).

This brings the cumulative cases in the state to 228,736.

It added that EMCO had ended in 10 localities statewide.