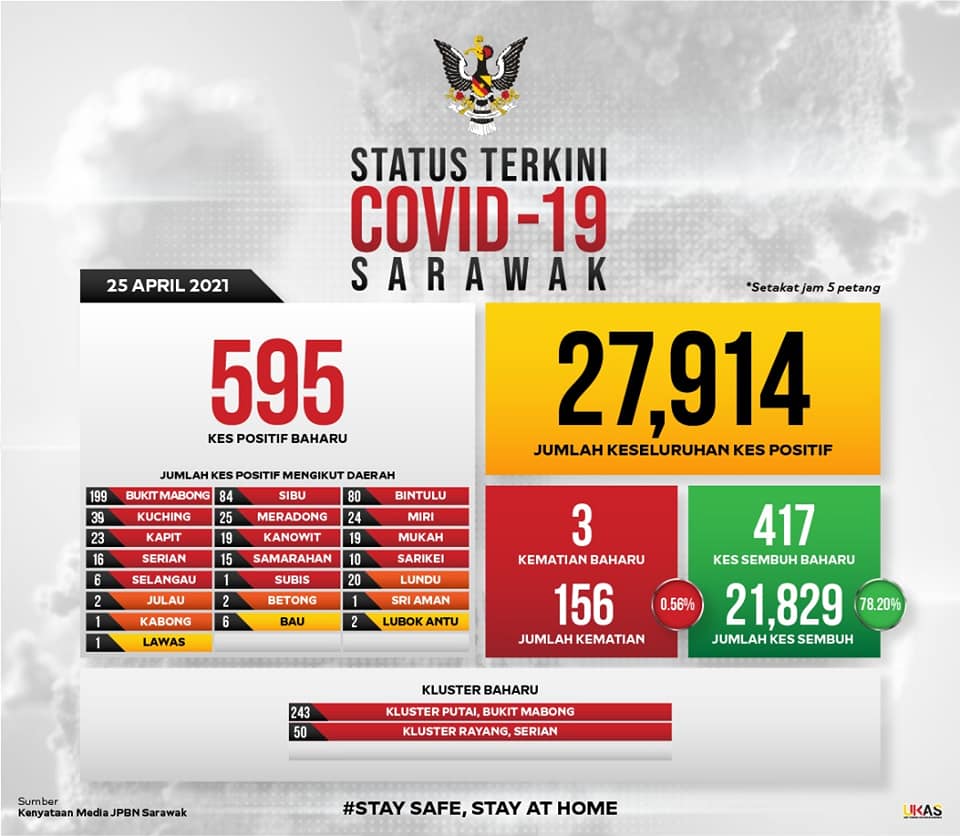 Sarawak Disaster Management Committee (SDMC), in a statement, said the 154th death case was a 75–year-old local woman who was admitted to Bintulu Hospital.

“She showed symptoms of fever, coughing, diarrhoea and body fatigue,” it said.

A rt-PCR smearing test was taken and the case was confirmed positive for Covid-19 on April 9.

“The woman’s condition deteriorated and she was confirmed dead on April 21. She had a history of high blood pressure and diabetes,” added SDMC.

The 155th death case was an 86-year-old local man, who was admitted to a quarantine centre for having close contact with a positive case.

“He showed symptoms of losing his appetite and had body fatigue, and was referred to Bintulu Hospital,” said the committee.

SDMC stated that the man had high blood pressure, diabetes and stroke.

Meanwhile, the 156th death case was a 65-year-old local man who was admitted to Sarikei Hospital with symptoms of coughing and difficulty in breathing.

“Smearing test was conducted and he was found to be Covid-19 positive on April 19. His condition worsened and he was confirmed dead on April 23,” said SDMC.

Graduates urged to apply to be teachers

Now, stage buses to the rescue