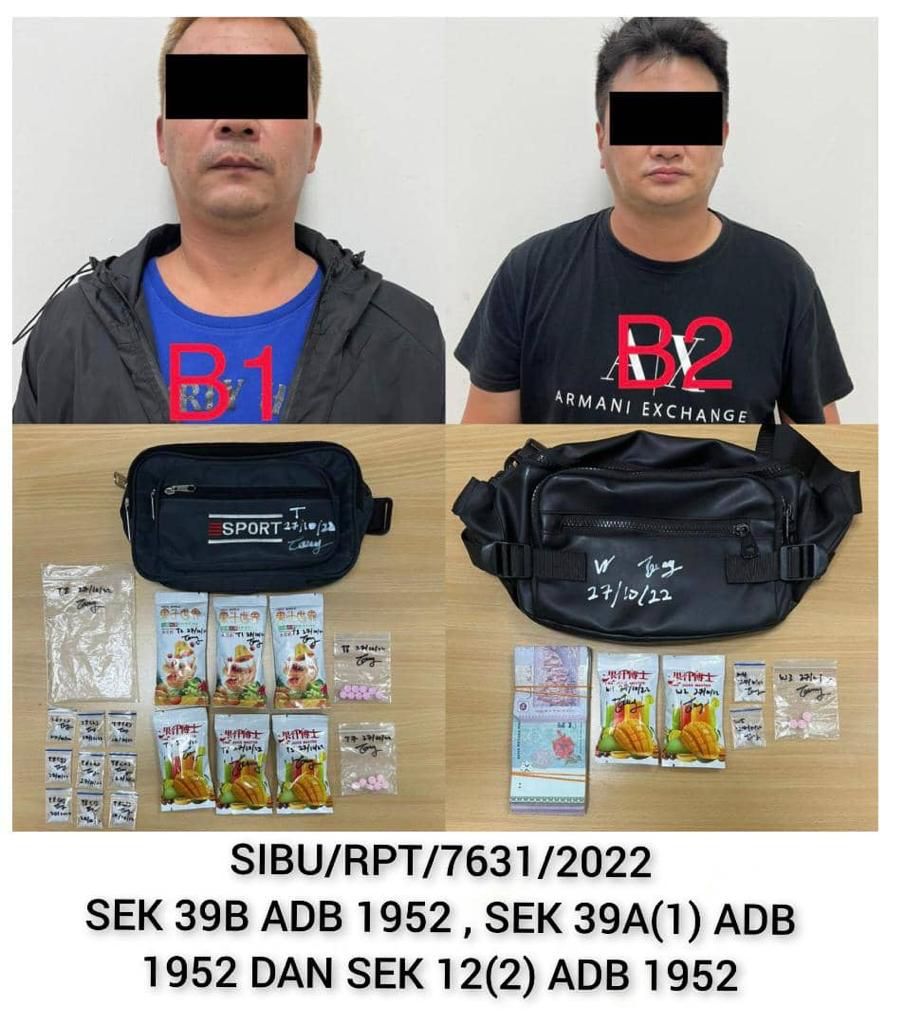 SIBU: Three men could face the death penalty after they were arrested with drugs in two separate raids here.

Sibu OCPD ACP Zulkipli Suhaili said on Tuesday (Nov 1) that the first case involved two men aged 40 and 45, who were arrested in a raid around 11.10pm at an entertainment centre in Jalan Lanang on Oct 27.

: The suspect arrested in a rented room in Jalan Oya.

In the other case, ACP Zulkipli said narcotics police arrested a 37-year-old man in a rented room in Jalan Oya for having 3,270g of ecstasy, estimated to be worth RM30,000.

“The three suspects are being remanded for four days until Nov 4 and investigated under Section 39B of the Dangerous Drugs Act 1952.

“The Section provides for a mandatory death sentence by hanging if convicted,” he added.