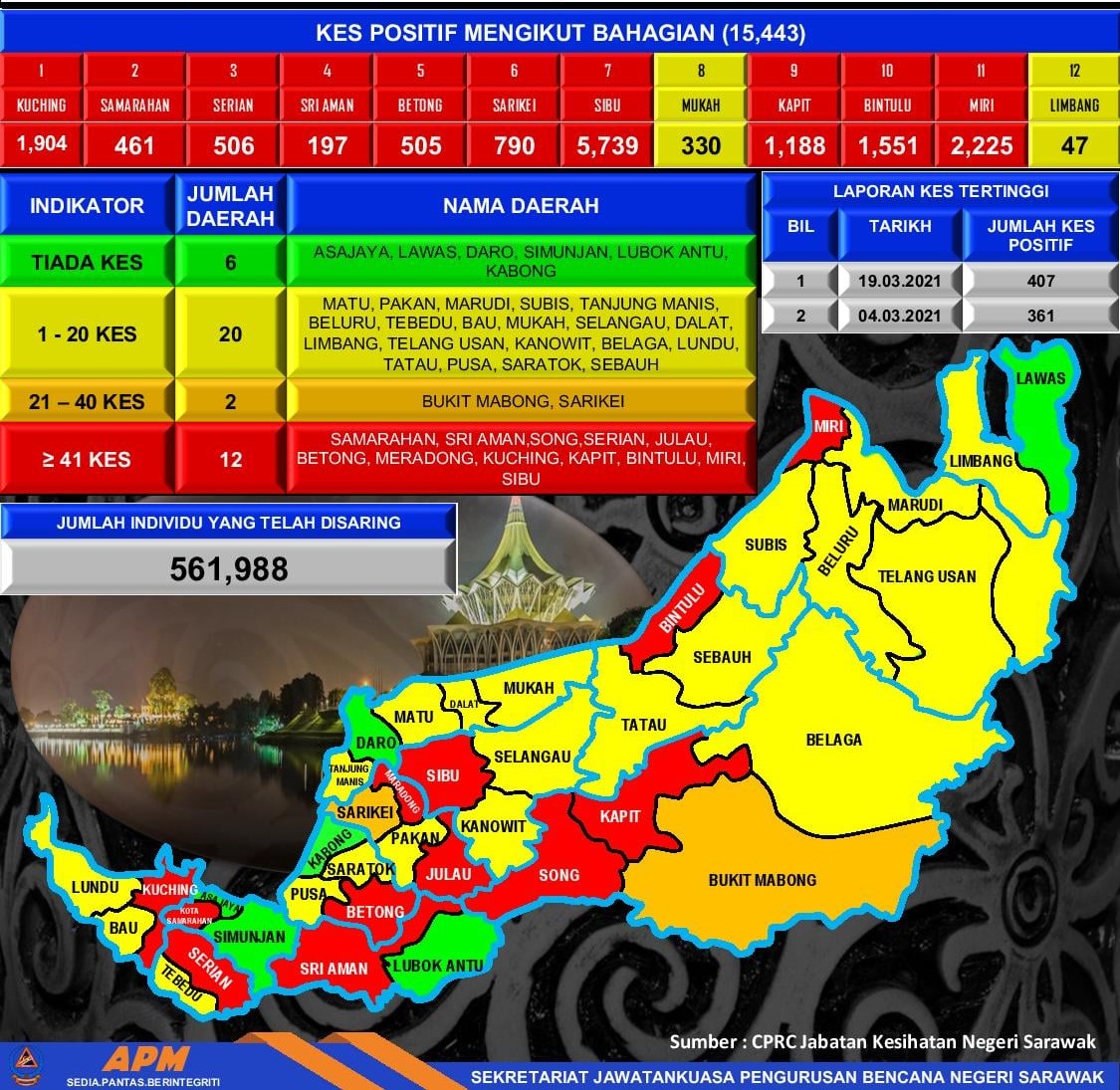 The State Disaster Management Committee (SDMC) stated that the Jalan Gridbid Cluster in Miri is a community cluster.

“The case index to this cluster is Case 12,979; a local 71-year-old man who was detected through individual screening on March 16 at Miri Hospital.

“The case, who operates an oil palm plantation at Ulu Teru, suffered from fever and cough since March 10. He visited his son in Miri and attended a social event (miring) held on March 5 in Kampung Pasir,” it said.

Through active case detection (ACD), 223 people were screened where 46 new cases were detected including the index case, 153 tested negative and 24 are still waiting for their test results.

“All 46 Covid-19 cases were referred to Miri Hospital and admitted to Miri quarantine and low-risk patients treatment centre (PKRC).”

As for the Kampung Baru Hilir Cluster, it is also a community cluster detected at Samarahan district.

“The case index is Case 13,684 — a local 65-year-old man who was detected through individual screening on March 19 at the Sadong Jaya Health Clinic.

“The case may have contracted the virus through a community infection. This case works as a construction worker and came to Miri District to work from March 2 to 12,” it added.

SDMC also revealed that he worked with five others in the same village and all of them were found to be positive Covid-19.

“The infection has spread to other villagers. So far, the cluster has involved three districts, namely Samarahan, Kuching, and Serian,” it added.

Through ACD, 803 people were screened where 73 new cases were detected including the index case, while 727 are negative, and two cases are still waiting for their test results.

“All 73 positive cases were referred to Sarawak General Hospital and Serian Hospital. They were then admitted to PKRC Kuching and PKRC Serian for further treatment,” it said.

According to SDMC, the case index for this cluster is Case 14,035th who is a 50-year-old man which was detected through individual screening on March 20 at Bintulu Hospital.

“This case served as a teacher at a primary school in Sungai Tisang, Bintulu who was likely to have gotten infected through the community in Bintulu itself.

“Through ACD, 152 people were screened where 42 new cases were detected including the index case, 92 were negative, and 18 cases are still waiting for their test results,” it added.

It also stated that all 42 positive cases were referred to Bintulu Hospital and then admitted to PKRC Bintulu.

“As of Saturday (March 27), 36 active clusters still remain in the state where 12 have recorded an additional number of cases,” it said.

The Matu, Pakan, and Marudi districts turned into yellow zones after recording one local transmission case each on Saturday.

Subis and Bukit Mabong districts turned to orange zones after recording 18 and 30 local transmission cases respectively in the past two weeks.

To date, 12 districts in the state are red zones, 20 are yellow zones, and six districts are green zones. 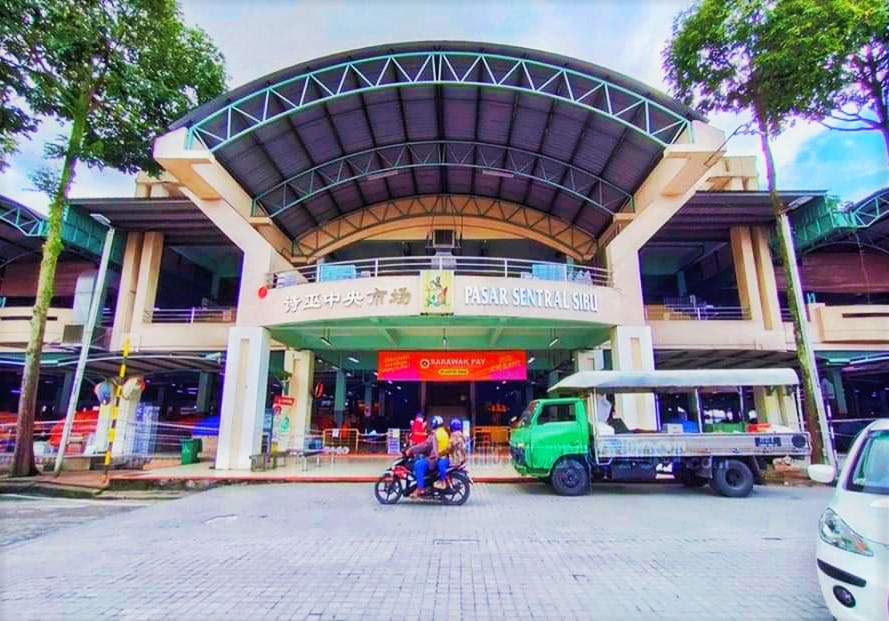