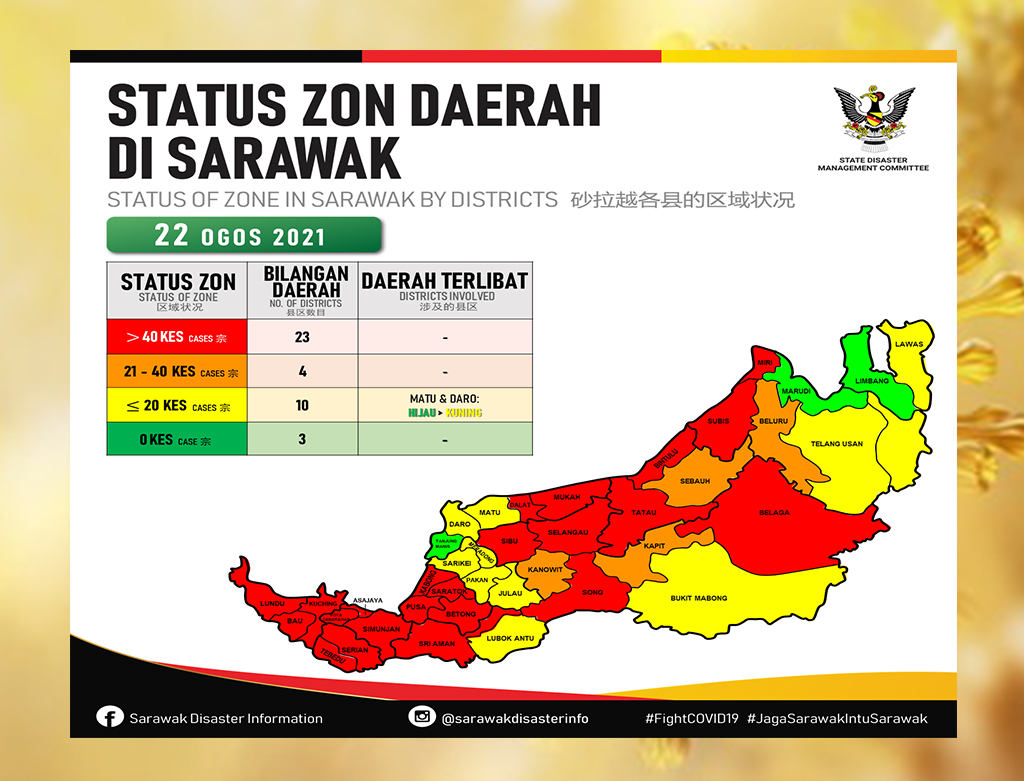 “The cluster saw 57 positive cases including the index case out of 101 people screened while 44 others are still awaiting laboratory test results,” it added.

The SDMC said the second community cluster, the Kampung Matang Lot cluster in Kuching, saw 21 positive cases including the index case out of the 100 people who were screened.

“The third community cluster is the Kampung Lintang Baru cluster in Serian with 62 positive cases including the index cases out of the 92 people screened.

“All Covid-19 positive cases were admitted to nearby hospitals and low-risk treatment centres (PKRC) in Kuching, Serian and Bintulu districts for isolation and further treatment,” said the SDMC.

It added 19 out of the 119 active clusters in the state had recorded a total of 221 new cases.

The committee said the districts of Matu and Daro had turned yellow.

“The declaration came after one case was reported in Matu while two cases were reported in Daro within the past 14 days,” it said. 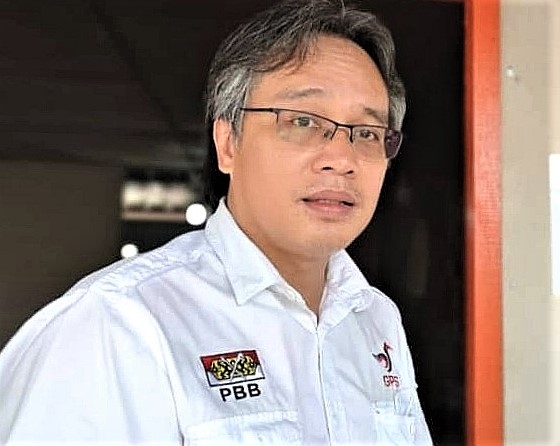