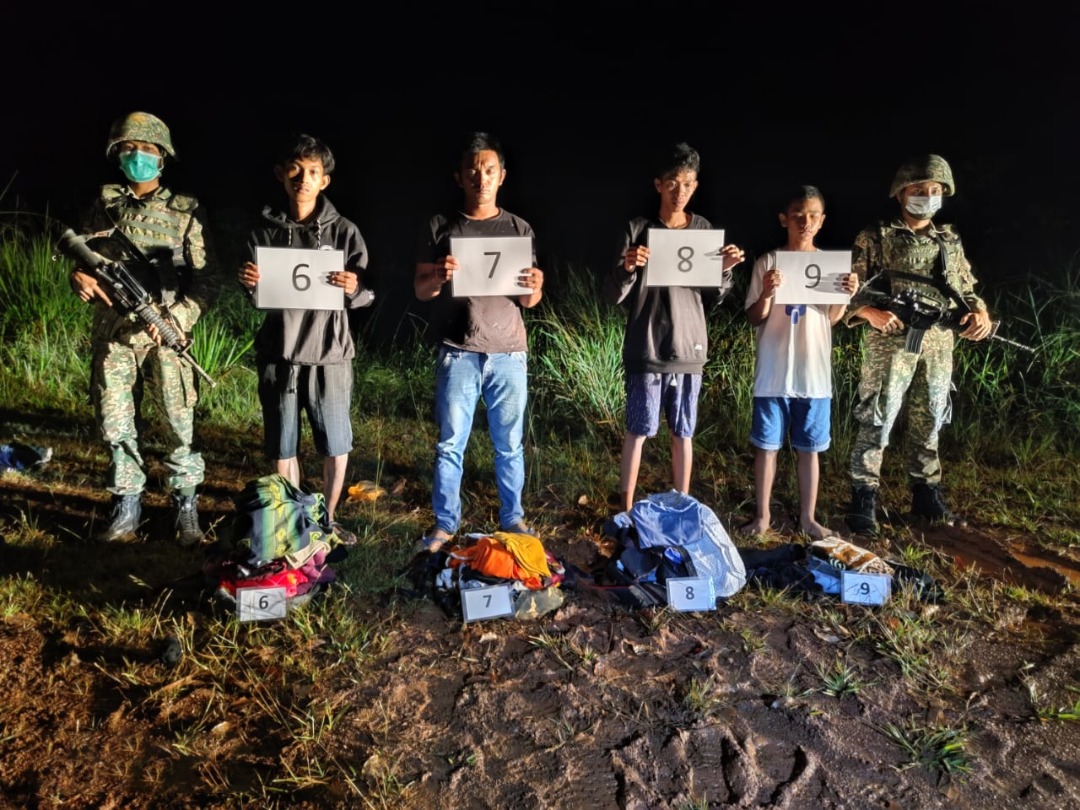 LUBOK ANTU: The army successfully thwarted an illegal entry attempt into Sarawak by nine immigrants via an illegal route today.

The First Infantry Division in a statement, said all the detained Indonesians aged between 18 and 45, had since been deported to their country of origin after a police report was lodged.

The incident took place around 1am when an army team spotted a group of men attempting to enter the state at Ladang Salcra Tabau Gerunggang area, about 2km from the border.

“All the immigrants were detained for inspections and the team found that they did not have any valid travel documents.

“In addition, the team did not find anything illegal aside from personal items and nine phones valued around RM5,700,” the division said.

The army are always prepared and committed to maintaining the country’s security and ensure the country’s sovereignty is preserved, by ensuring that there is no form of cross-border crimes being committed.