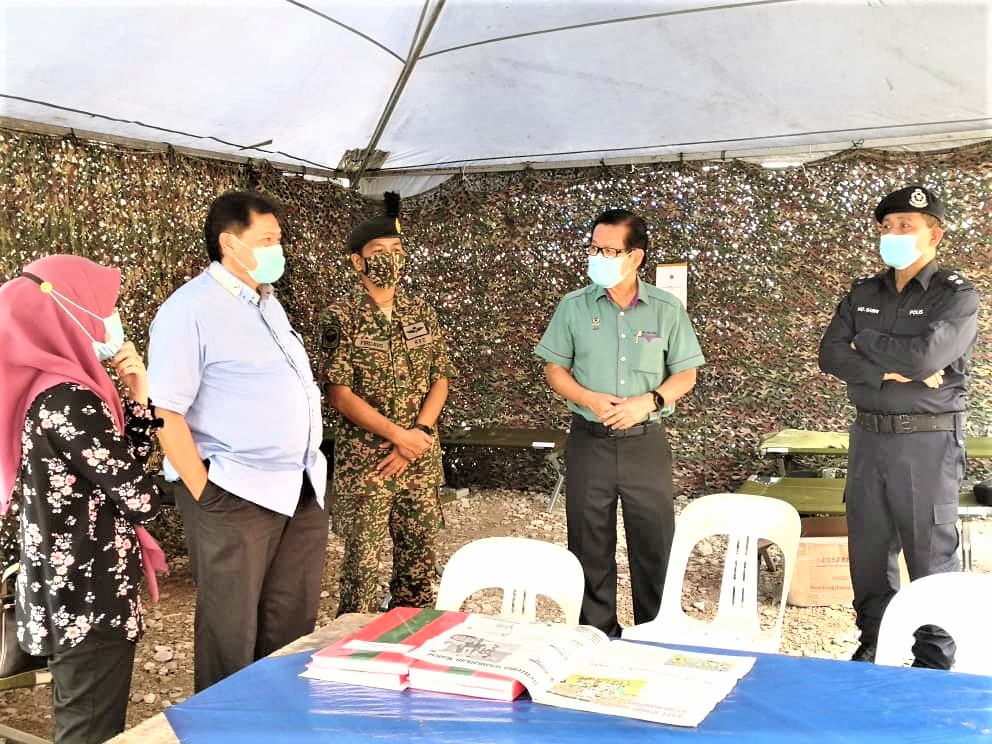 MIRI: Datuk Lee Kim Shin, the minister in charge of  Miri Divisional Disaster Management Committee (DDMC), together with agencies under Miri DDMC, visited the Siwa roadblock located at the border of Miri and Sibutitoday.

“The roadblock has been moved to a new location, which is an area located right on the border of Miri and Sibuti. Any vehicle that passes through it must have a police permit,” explained Lee.

He added that the location change was aimed at ensuring stricter movement restrictions between the districts.

“No one can travel between the districts without going through the roadblocks. The number of vehicles entering from other districts is being monitored and limited, especially those who need to attend funerals because we are also aware that funerals contributed towards the increase of positive cases in the past,” explained Lee, who is also Sarawak Transport Minister.

He reminded the public that police permit applications were only allowed for emergencies, official duties and essential services.

“This is to ensure that not too many people go to the police station to get a permit.”

Lee also called on the public in Miri to remain vigilant and strictly adhere to health SOPs.