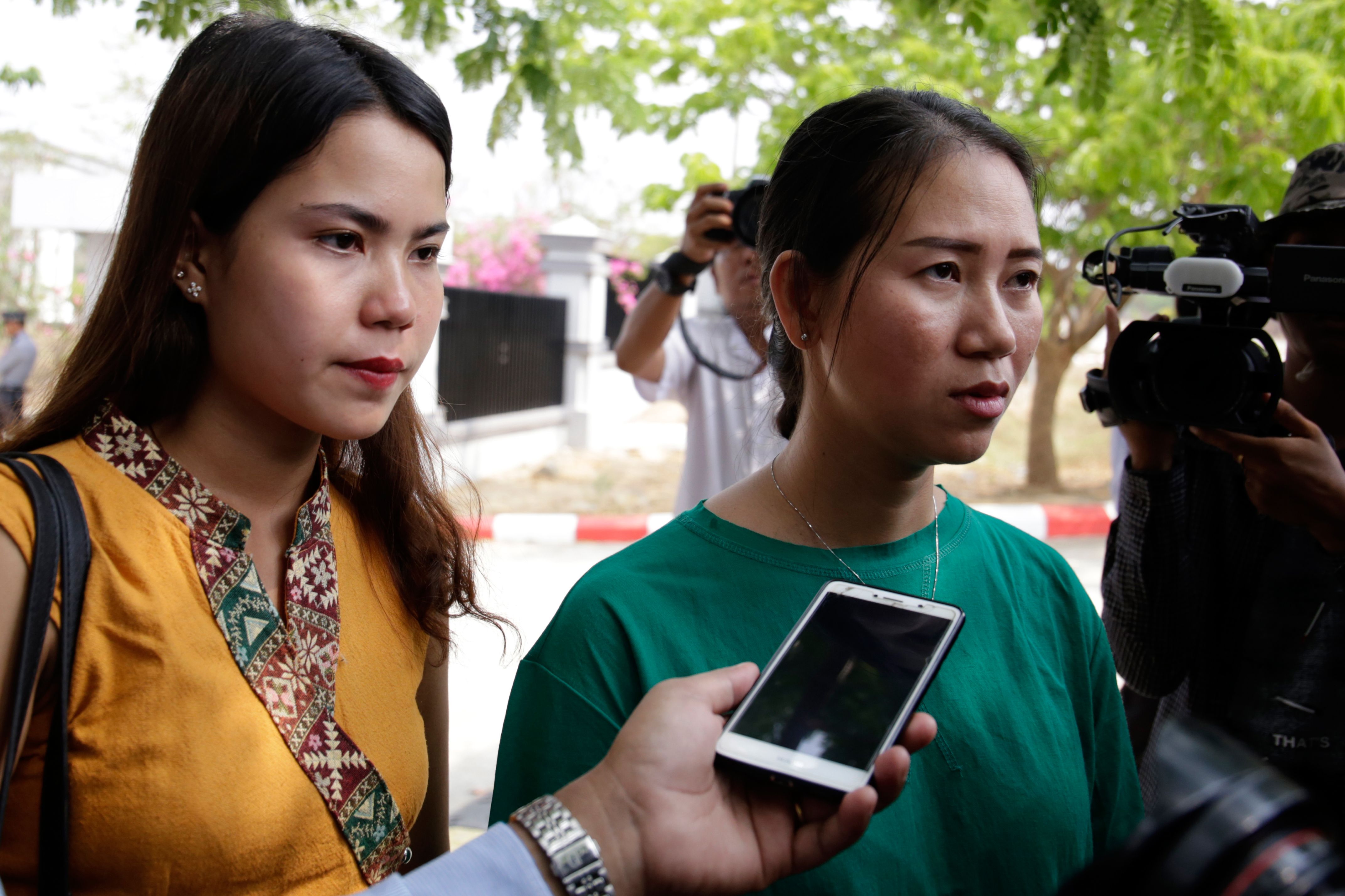 NAYPYIDAW: Myanmar’s Supreme Court rejected the latest appeal Tuesday by two Pulitzer-prize winning Reuters journalists who were jailed for seven years on charges linked to their reporting on the Rohingya crisis, as hopes now turn to a presidential pardon.

Reporters Wa Lone, 33, and Kyaw Soe Oo, 29, have been behind bars since their arrest in December 2017 under the colonial-era Official Secrets Act.

They were convicted of possessing classified documents relating to security operations in Rakhine during a brutal military crackdown against Rohingya Muslims that forced some 740,000 to flee over the border into Bangladesh.

The initial ruling in September was upheld by the Yangon High Court in January.
On Tuesday, the reporters were not at the Supreme Court in the capital Naypyidaw to hear the ruling that once again went against them.

Under Myanmar’s judicial system, the Reuters journalists could take their appeal back to the Supreme Court judges twice more, but it is unclear whether they will try this option or if they will pin all their hopes on a pardon. “Our appeal was rejected,” Khin Maung Zaw told AFP. “They upheld the ruling of the lower court.”

He added that the reporters had indicated they did not want to continue with the legal process but a final decision had not yet been made.

Both of the journalists’ wives were at the Supreme Court for the ruling and spoke side-by-side to reporters afterwards.
“I’m very upset by the Supreme Court’s decision,” said Chit Su Win, wife of Kyaw Soe Oo, visibly fighting back tears.
“We really hoped our husbands would be released but it hasn’t happened.”

Chit Su Win (left), wife of jailed Reuters journalist Kyaw Soe Oo, and and Pan Ei Mon, wife of other Reuters journalist Wa Lone, address the media after attending a hearing for their husbands at the Supreme Court in Naypyidaw on April 23. Photo: AFP

Supporters believe the pair were punished for investigating a massacre of 10 Rohingya in Myanmar’s western Rakhine state in September 2017.

The story earned the team the Pulitzer, one of the top honours in journalism. Myanmar’s armed forces insist the brutal campaign in Rakhine was justified as a means to root out Rohingya militants.

But soldiers involved in the massacre investigated by Reuters were jailed. The case against the journalists has become a cause celebre for press freedom.

But despite global outcry the two remain in Yangon’s Insein prison. Rights groups and legal experts say the case against the Reuters reporters was riddled with irregularities.

A whistleblowing police officer testified during their trial that his superior had ordered his team to trap the reporters in a sting – testimony the judge chose to ignore.