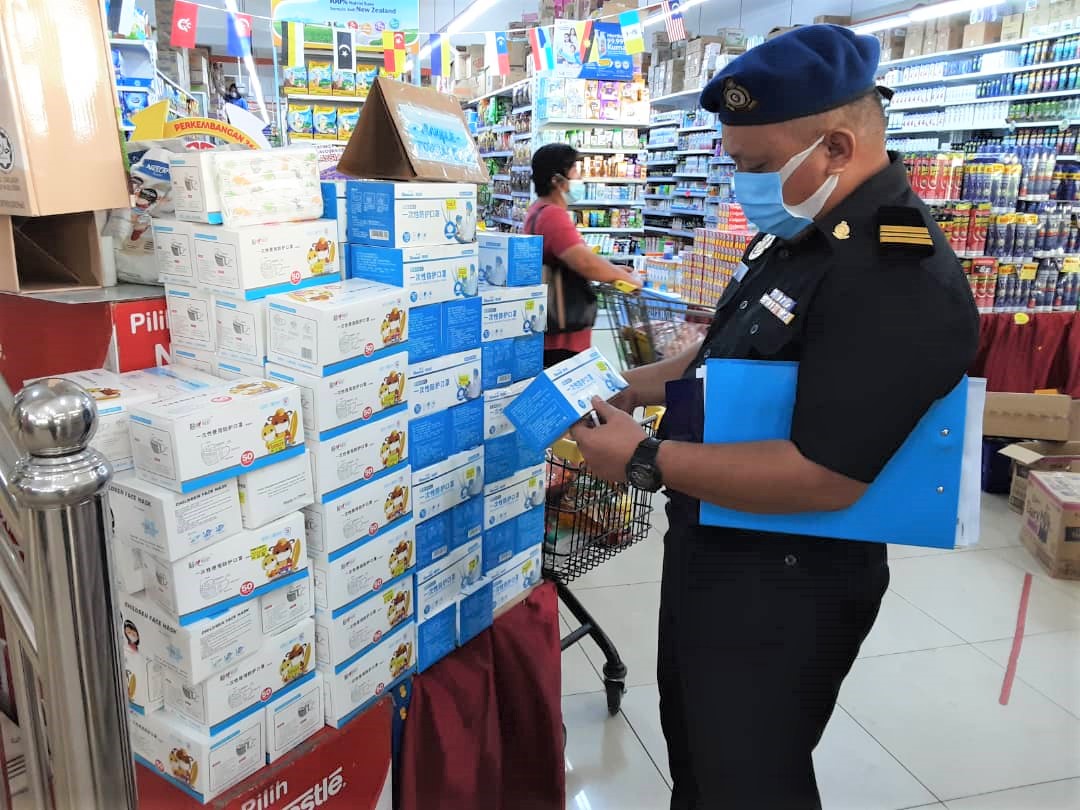 MUKAH: Business outlets here are found totally complying with the new price of three-ply disposable face mask at RM1 per piece as fixed by the government.

This was confirmed by the Ministry of Domestic Trade and Consumer Affairs (MDTCA) Mukah branch chief Salihin Den, in his response to a query by the media on Tuesday (Aug 25).

He said the price gazetted for retail was RM1 and had been enforced since Aug 15.

“A total of 54 checks had been conducted on pharmacies and supermarkets in conjunction with the enforcement of a new price effective Aug 15 until now (Aug 25), while the supply was sufficient and easily available,” he said via WhatsApp.

He explained that the three-ply face mask which is easily available in the market is a disposal type, because the cost is cheaper compared with a surgical one.

According to him, for disposal face mask, the retail price offered starts from RM9 to RM50 per box, while the cost per box is from RM8 to RM40.

Salihin added most pharmacies do not sell surgical face mask because the cost is quite high, and could not be sold according to the gazetted new price.