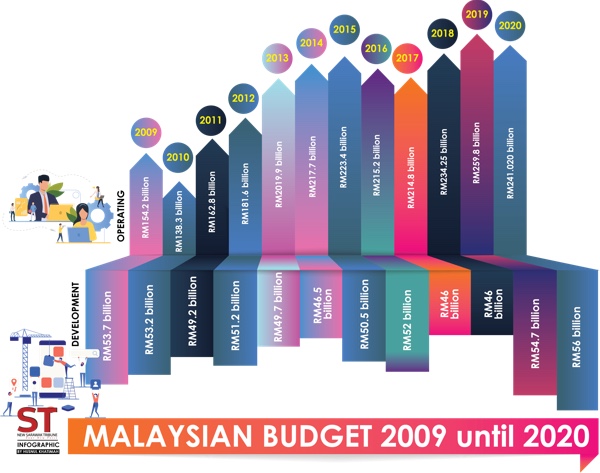 Finance Minister Lim Guan Eng when tabling the 2020 Budget in the Dewan Rakyat yesterday said it is an increase of RM19.5 billion compared to RM277.5 billion in 2019, after excluding the one-off allocation for outstanding GST and income tax refunds.

“The government expects to collect RM244.5 billion in revenue in 2020, an increase of RM11.2 billion from 2019, after excluding the one-off Petronas special dividend of RM30 billion,” he said.

Despite the healthy increase in tax revenue, Lim said Malaysia collects significantly lower taxes than some other countries.

For 2017, he said Malaysia’s tax revenue relative to GDP was only 13.1 percent, while countries such as Vietnam, South Korea, Poland and Chile collected 19.0 percent, 15.4 percent, 16.8 percent and 17.4 percent respectively. – Bernama

Prestariang to dispose of education unit to Serba Dinamik Group

Include daily pay service in calculation