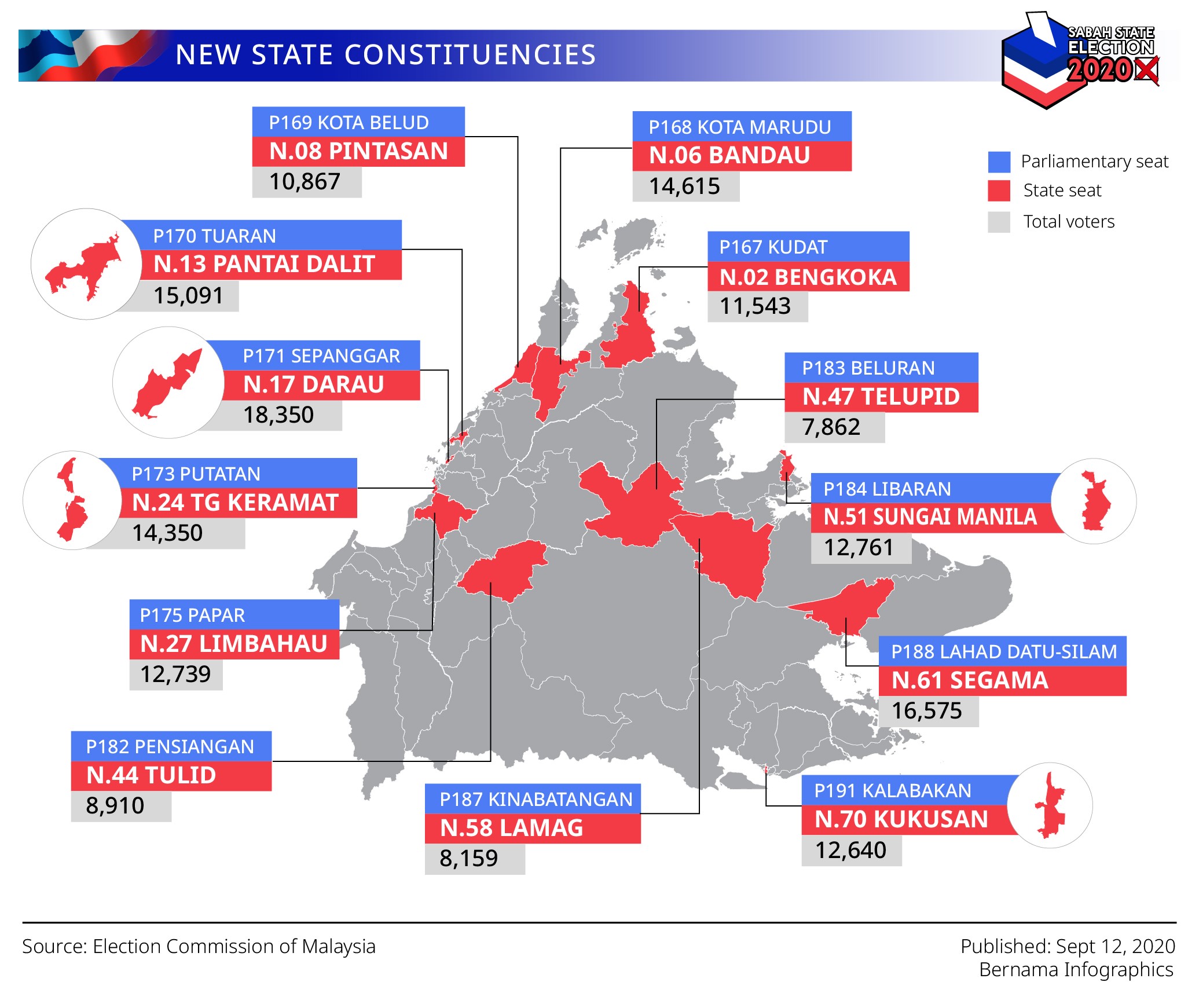 The Bongawan state constituency has 16,735 voters.

The state constituency has 16,883 voters.

Speaking to reporters at the nomination centre at Wisma Wanita, Liew admitted that said she did not expect to be challenged by eight other candidates, who are mostly seasoned politicians, for the Api-Api seat.

“Yes, I was surprised…It shows that people are very keen to be Yang Berhormat.

“It will be very challenging for me, but I will do my best, work hard and convey the message of the party (PKR) to our voters,” she said.

Musa Aman is a no-show

The whereabouts of former Sabah chief minister Tan Sri Musa Aman remain a mystery even after the nomination centre in Libaran where he was expected to submit his nomination form for the state election closed at 10 am today.

Every vehicle with dark-tinted screen raised the excitement of the press and others awaiting at the gate of the centre for a glimpse of Musa, much to everyone’s dismay.

Calls and text messages made to those close to him either went unanswered or replied with uncertainty of his whereabouts or whether he would be contesting in the election.

Even his residence, which is adjacent to the nomination centre, looked empty with the gates properly locked.

On Sept 9, Musa had tweeted “I am going back to Sungai Manila”, a new state seat within the Libaran parliamentary constituency.

Earlier today, he also posted an article on his Instagram account claiming that Sungai Manila Umno leaders had rejected the new candidate and wanted him instead to return and represent them.

Musa is the incumbent for the Sungai Sibuga state seat.

The incumbent of Tempasuk state seat Datuk Musbah Jamli sprang a surprise when he submitted his nomination form as an independent candidate in the Sabah snap election.

Musbah is taking on five other contenders to defend the seat.

The other contender is former PKR candidate for the 14th General Election (GE14), Mustapha Maksud.

The absence of PAS in the Sabah state election is a political strategy as well as an effort to strengthen cooperation in the Perikatan Nasional (PN) coalition, said PAS deputy president Datuk Seri Tuan Ibrahim Tuan Man.

He said although some were disappointed, Sabah PAS leaders and members in general had accepted the decision to give way to their allies to contest in the snap election.

“…we want to avoid the traps set by our (political) enemies because if we were to contest, clashes might occur among us that would adversely affect the coalition,” he told reporters after officiating at the 61st PAS Youth Assembly at the Kelantan Islamic Education Centre in Pengkalan Chepa, near here today.

Previously PAS had stated its intention to contest in 10 seats in the 16th Sabah state election.

This came a day after Musa claimed to have the support of 33 assemblymen to topple the Parti Warisan Sabah-led government and form a new government.

The Election Commission has set Sept 26 for polling. – Bernama