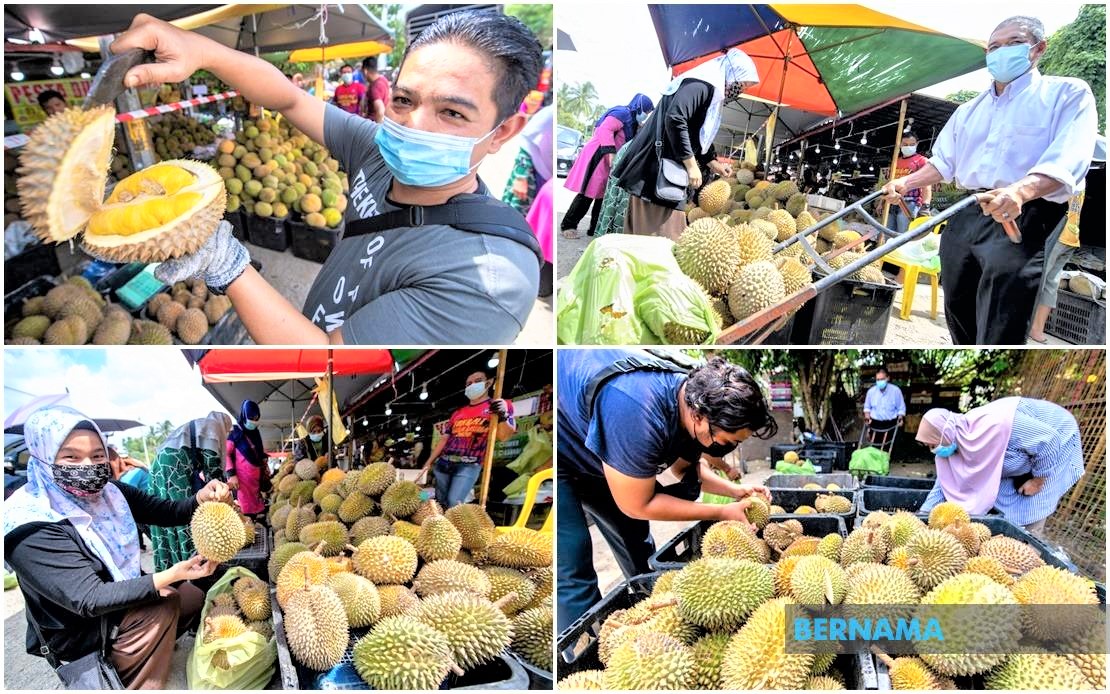 KOTA BHARU: The durian season is always much awaited by lovers of this king of fruits in Kelantan, even with the movement control under Phase Two of the National Recovery Plan still in force in the state.

However, realising the financial difficulties facing the community, especially those impacted by the movement control, a trader is selling the fruit at a cheap price, for as low as RM15 per kilogramme, depending on the durian variety.

“I am selling the durians cheap because I want all the durian lovers to be able to afford the fruit, with many of us now having financial constraints,” said Wan Mohd Faizal Wan Mohd Noor, 39, who operates a food shop, named “9932 Durian Stall” along Jalan Tok Kenali in Wakaf Stan here.

The shop also offers “durian kampung” or “durian asli”, which is sold at a bulk price of between RM20 and RM70 depending on variety, per bag.

He said the bag is an XL size plastic bag and customers can fill it with as many durian kampung fruits as they could.

The price is RM20 for the grade BC fruit per bag, RM50 for grade A and RM70 for the “kahwin campur” variety, he added.

Wan Mohd Faizal said his customers would queue at his shop as early as 9am for the bulk sale, which is available every day.

“In compliance with the standard operating procedures (SOP) to curb the spread of Covid-19, only four customers are allowed in the shop at one time and they are given five minutes to fill their plastic bags,” he added.

He said he was able to sell about 12 tonnes of durian of various varieties, including Musang King, which he sells for RM25 per kg, daily.

“I get my supply of durians from smallholders in the state and also other states, including Perak and Johor, he added.

Meanwhile, one of the customers at the shop, Nik Izwandi Nik Ahmad, 29, said the bulk sale enabled him to eat his favourite fruit more often.

“I can get more than 10 fruits of the grade A durian kampung for only RM50,” he added. – Bernama

Use Bahasa Melayu at all official functions