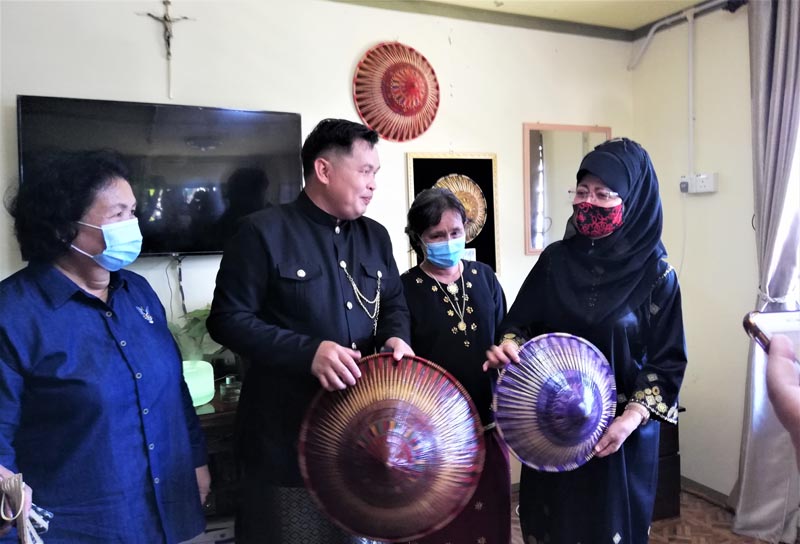 DALAT: The Melanau terendak (big sunhat) has undergone a transformation from its traditional use as a headgear into various purposes.

The transformation also helped in contributing to the economic development of the local handicraft industry.

Welfare, Community Wellbeing, Women, Family and Childhood Development Minister Datuk Seri Fatimah Abdullah said initially, it was only used as a headgear to cover one’s head from the sun and rain.

She added currently, the terendak is also used as a souvenir during certain occasions, besides other purposes.

“Its colour has also changed, from the traditional red and black to, for the first time, purple and gold,” she said at a press conference after visiting the Melanau Terendak Centre (Residence of Fidelis Michael) at Kampung Tanam Seberang here on Friday.

The Dalat assemblywoman added the veteran female terendak-makers, who she described as tapou (also referring to terendak) ladies at the centre were also assisted by young people.

According to her, a combination of young and old talents certainly could produce better terendak.

To a question whether to centralise terendak-making here, she said: “We have to ensure that there is enough supply to meet the demand, while there is also a need to have more terendak makers”.

She therefore suggested that a course may be necessary to train more young people to get involved in making the product.

Fatimah also revealed that one out of the 32 lots at Bazarnita, which is being constructed at Dalat bazaar, would be reserved for tapou ladies from Kampung Tanam.

She said the stall (lot) would also be used for terendak-making demonstrations for visitors or tourists, while identifying the product’s marketability in terms of traditional value and as an icon here.

He added the newly-introduced purple, gold or blue colour terendak, besides the traditional red and black, was based on demands and custom-made.