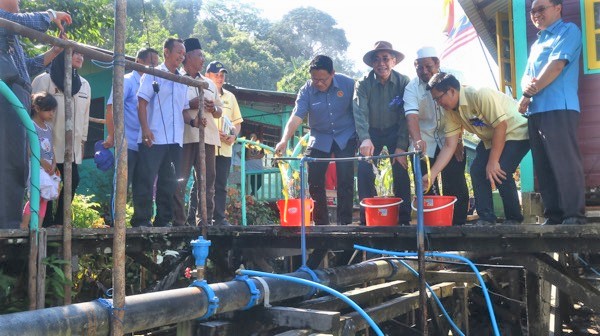 The Sarawak government under the leadership of Chief Minister Datuk Patinggi Abang Johari Tun Openg is committed to transform vast rural areas in line with the goal to achieve a developed state by 2030.

The state’s sixth chief minister, who is celebrating his third anniversary in office on Jan 13 this year, aspires to see the rural areas develop as rapidly as the urban areas.

Towards this end, Abang Johari has come up with various initiatives aimed at not only   facilitating but more importantly, expediting the rural transformation process since he took over the helm of the state government on Jan 13, 2017.

His seriousness in transforming the rural areas is clearly reflected in the Sarawak 2020 Budget  tabled at the State Legislative Assembly sitting in November last year.

The roads will not only improve communication but also open up new areas for development particularly in the rural areas.

In addition, RM2.37 billion was allocated for the supply of electricity projects; RM2.8 billion to improve the current piping system and for upgrading work to ensure 100 percent coverage of treated water supply to every household in water-stressed areas under the Sarawak Water Supply Grid programme and RM1 billion for the construction of rural telecommunication infrastructures.