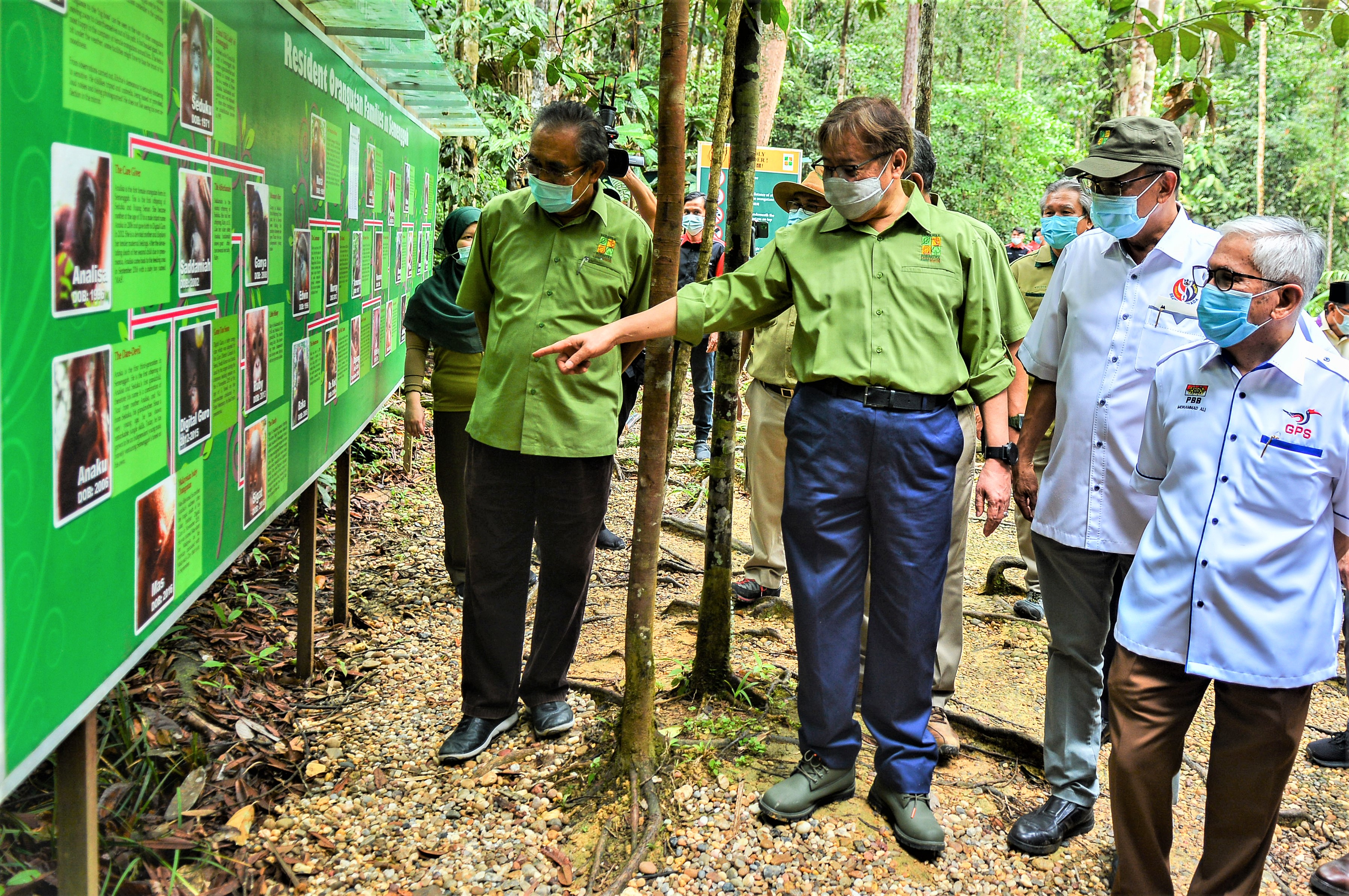 Transforming Sarawak into a conservation hub

KUCHING: Sarawak will be transformed into a conservation hub in line with the state government’s conservation policies on its forests and wildlife.

Chief Minister Datuk Patinggi Abang Johari Tun Openg said this would be done through upgrading of the Semenggoh Wildlife Rehabilitation Centre costing RM30 million to improve the centre’s facilities as well its accessibility to environmentalists and tourists.

“The state government has made efforts to conserve wildlife, we will continue with that effort by upgrading the physical infrastructure of the Sarawak Forestry Corporation (SFC) and attracting tourists through the Tourism, Arts and Culture Ministry.

“We will work together to conserve the endangered species and send a message to the rest of the world that we are seriously preserving our wildlife as well as its habitats,” he said.

He was speaking at a press conference after officiating at the laying of foundation stone for the Semenggoh Rainforest Discovery Centre here on Wednesday.

Abang Johari said the three-pronged upgrading project is to upgrade the centre’s entrance point facilities, its botanical garden and improve internet accessibility to the area.

“We will also provide a buggy for visitors so that they can venture further into the forest and we will need to upgrade the buggy road in the centre, this is to enable the elderly to access the forest,” he said.

Abang Johari said research facilities would also be improved to balance the state government’s efforts on conservation and habitat.

“One of the efforts we have done here is to make Sarawak a hub for conservation and the government is investing heavily in our effort to green our state.

“Besides Semenggoh, we are upgrading the Niah Cave as well as the national parks in Bako and Lambir. Another area is Gudung Buda in Mulu which is accessible from Limbang which a road will be developed so that environmentalists can explore it.

“We have a lot of natural resources in terms of biodiversity and wildlife, and we want to develop its infrastructure and accessibility and we will do it without disturbing the nature using an environmentally friendly approach,” he said.