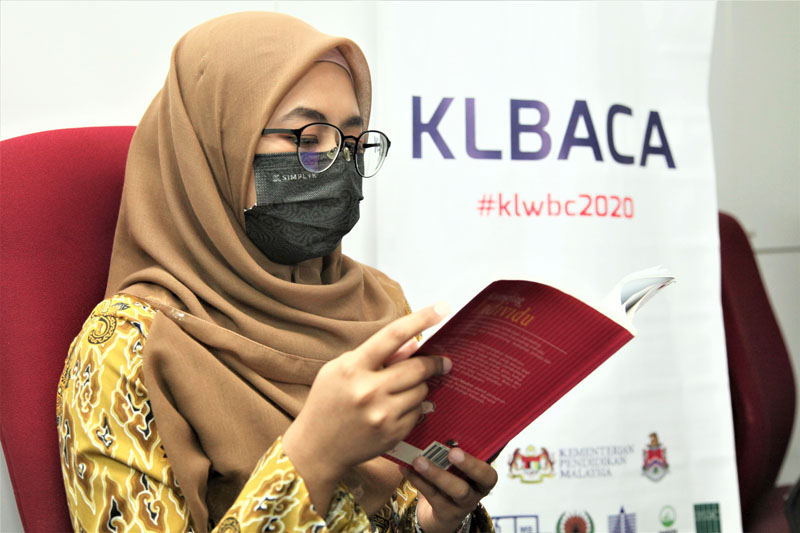 This article is in conjunction with World Book Day which is celebrated on April 23 every year.

KUALA LUMPUR: Knowledge is golden and the bridge to that knowledge is reading.

Today’s information-seeking ecosystem has changed the way people read, with developments in digital technology diversifying the ways reading materials are presented and accessed.

From physical books to electronic publications, reading materials – for both scholarly and casual reading – have evolved with the times.

Nevertheless, the availability of interesting reading materials in only certain languages can pose a challenge to those unfamiliar with the languages even though they have online translation applications at their disposal.

“Online translation tools have limited functions and at times produce less than satisfactory outcomes,” he told Bernama in an interview here recently.

The knowledge transfer process, he stressed, will only be effective if scientific works and other publications are translated accurately into other languages.

According to Sakri, many publications in the field of science and technology, such as medical, engineering and automotive books, from advanced nations like Germany, Spain, Russia and Japan are only published in their respective native language.

Since the nations concerned are known for their expertise in science and technology, the knowledge transfer process can only be effected if their books are translated into English and Bahasa Melayu.

“This is where we need professional translators to translate the books concerned so that they can be used as reference materials by our students and professionals, and be made available in libraries for the benefit of the public,” he said.

Sakri said translations can also help to revive old and valuable literary works and enable them to be the subject of public discourses.

“In terms of ‘transferring out’ of books penned by local authors, we mainly focus on the Malaysian genre and literature related to culture and arts because we want to promote our local works at the international level,” he said.

He said among the literary works that have been translated into languages such as Spanish, German and Japanese are “Salina” written by national laureate Associate Prof Dr Muhammad Salleh and “Kampung Boy” by Lat (Datuk Mohammad Nor Mohammad Khalid).

“These books, especially the comic ‘Kampung Boy’, received encouraging response because they depict the culture, harmony and unity of Malaysian society. ‘Kampung Boy’ has even won an international award (it won second place in Japan’s Gaiman Award for the overseas comic category in 2014),” he added.

Sakri said ITBM has, since its establishment in 1993, successfully translated more than 3,000 reading materials into 39 languages, among them being Japanese, Chinese, German, South Korean and Russian, with the help of the embassies concerned in Malaysia and non-governmental organisations.

The institute has also collaborated with universities such as Universiti Sains Malaysia, Universiti Malaya and Universiti Kebangsaan Malaysia, as well as with foreign language and writers associations such as Han Cultural Association and Gapena (Federation of National Writers Associations).

From the collaborations, more than 30 Mandarin titles and 15 Tamil books were produced. Books and documents have also been produced in the ethnic languages of Sabah and Sarawak and Orang Asli communities, he added.

While the job of translating a text into another language has its own challenges, it can also be an expensive affair due to the high translation and copyright costs.

Sakri said a few years ago the institute had to translate 10 automotive publications from German to English and Bahasa Melayu and the royalty payment alone for each book came up to RM60,000.

“And, it did not even include our costs for translation and diagrams,” he said.

About 3,000 translators are registered with ITBM but less than half of them are active, according to Sakri who said most of them offer their services on a freelance basis.

Meanwhile, Malaysian Translation and Creative Writing Association (Perspektif) chairman Datuk Goh Hin San said translated works are an important pillar in the development of the nation because they facilitate the transfer of knowledge from foreign publications.

“Literature is purely the creation of the human mind and if it is translated into Bahasa Melayu, for instance, it will surely enrich our nation’s literary world.

“The translation of works in various fields of knowledge has made Japan powerful, not only in terms of its economy but also its people into whom the reading habit has been inculcated,” he said.

Goh, a former teacher who taught Bahasa Melayu at two independent Chinese schools for a total of 17 years, said Perspektif has been championing for the last 35 years to use translated literary works to foster unity among the people.

He said a translator should be skilled in using the appropriate words when translating a text into another language, based on the culture and geopolitics of the nation concerned.

“There are certain words that are commonly used in a particular country but may not be appropriate for use in Bahasa Melayu because it may touch the sensitivity of the people in this country,” he pointed out.

Goh also described translation as an important vehicle to promote cross-cultural exchanges and consolidate knowledge in various fields, including literature.

“Translated texts of literature open the door to foreign cultures that cannot be explored if the works concerned are not translated. At Perspektif, our aim is to promote unity and harmony, as well as empower local literature,” he added. – Bernama