KUCHING: Located in Telaga Air near here, Trombol Beach, which used to be relatively little known even among Kuchingites, is now gaining popularity among city folk.

Besides being able to see the beautiful local scenery, visitors can also see Mount Santubong and Pulau Satang in the distance. There is also an additional focal point at the beach — a boat wreck.

A recent verbal survey found that most people became aware of the beach after images of it went viral on social media.

Some of the images showed people carrying small children having fun bathing and playing along the beach. Some people were seen flying kites, while others just sat around watching beauty or relaxing while enjoying food and drinks.

A visitor, Jeniffer Nida Ganai, who went to the beach after seeing it on social media, said Trombol Beach is indeed very beautiful because of the sand and crystal clear water.

“I hope that all visitors will comply with the public health standard operating procedures (SOPs) such as wearing face masks and practising physical distancing to ensure their safety from Covid-19,” she said.

Kean Weltin Dennis Salleh, another visitor, said people are increasingly attracted to Trombol Beach which he thinks is suitable for family recreation.

“Although visitors adhere to the SOPs, they are also expected to always keep the beach clean,” he said, hoping the government will make Trombol Beach an eco-tourism destination.

A fellow Kuchingite, Presila Canda, said the natural beauty of the the beach has prompted her to visit the place many times.

“Trombol Beach is as beautiful and as wide as Damai Beach, I guesstimate.

“It has its own charm and has the potential to be developed into a tourist area.

“It is hoped that visitors do not litter the beach so that it will remain clean,” she said.

A trader, Zulfadhli Romzi, said the reopening of the beach to the public has helped nearby villagers to earn some income by running small related businesses such as selling food and drinks.

“Most of the residents sell food, drinks, kites and a few touristic items.

“As more and more people visit this beach, I hope the government can provide a special place for us (traders) and provide rest areas for visitors because it can be very tiring staying out in the open,” he said.

Currently, it must be pointed out that the beauty of the beach is marred by garbage and noise pollution caused by vehicles that race aroud in the area.

According to a villager, Amyza Hanim Othman, who sells food and drinks to visitors, it is rather disappointing to see the beach covered with rubbish left behind by visitors.

“I hope that visitors who come to this beach will be more socially responsible by maintaining the cleanliness and stop using the beach as a race track for motorcycles and other vehicles,” she said. 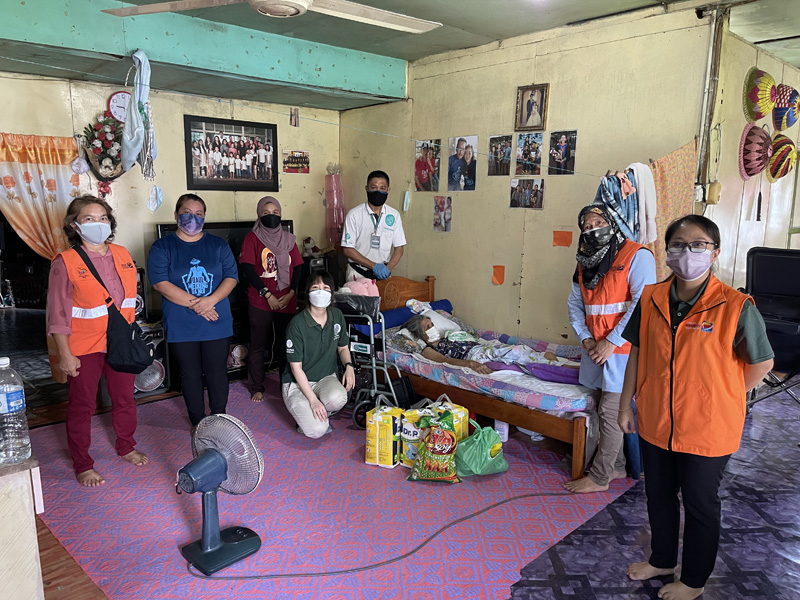 Hope comes to the aid of widows