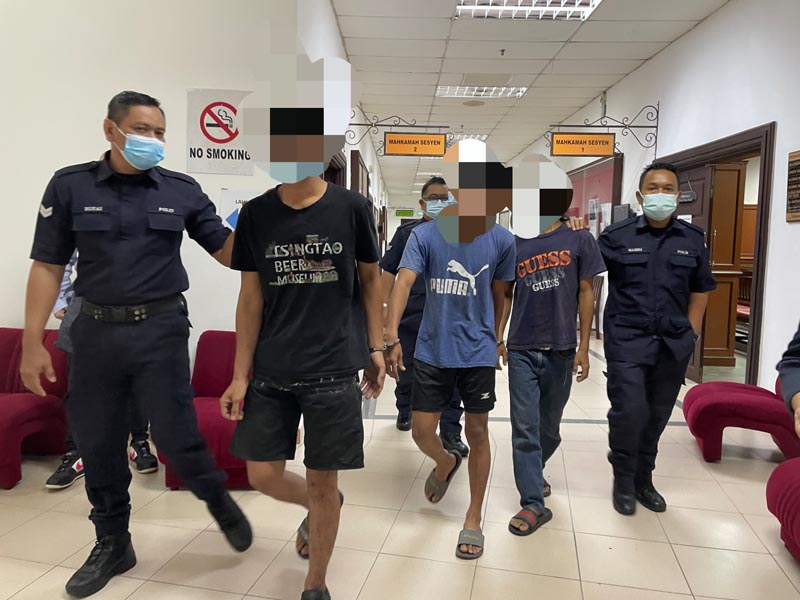 Man gets four months for trespass

KUCHING: Three friends pleaded not guilty at the Sessions Court here on Wednesday (Feb 9) to charges relating to an incident that occurred in January.

They were charged under Section 6 (1) of the Corrosive and Explosive Substances and Offensive Weapons Act 1958 for carrying a dangerous weapon — a sickle — in a public place.

The second charge alleged that they broke into a house that was still under renovation – the house belonged to one Akhmad Jamalul Albar Ahmad Rosland, 28.

The alleged crimes were committed in Jalan Tanjung Embang, Matang FAC around 3.30am, on Jan 30.

Deputy public prosecutor Mohammad Aiman ​​Mutallib Mohamad Shariff did not offer any bail to the three accused who were unrepresented.

However, the trio applied for bail and the court later allowed each accused bail of RM5,000 with one local surety.

The court also ordered re-mention for case management on March 9.