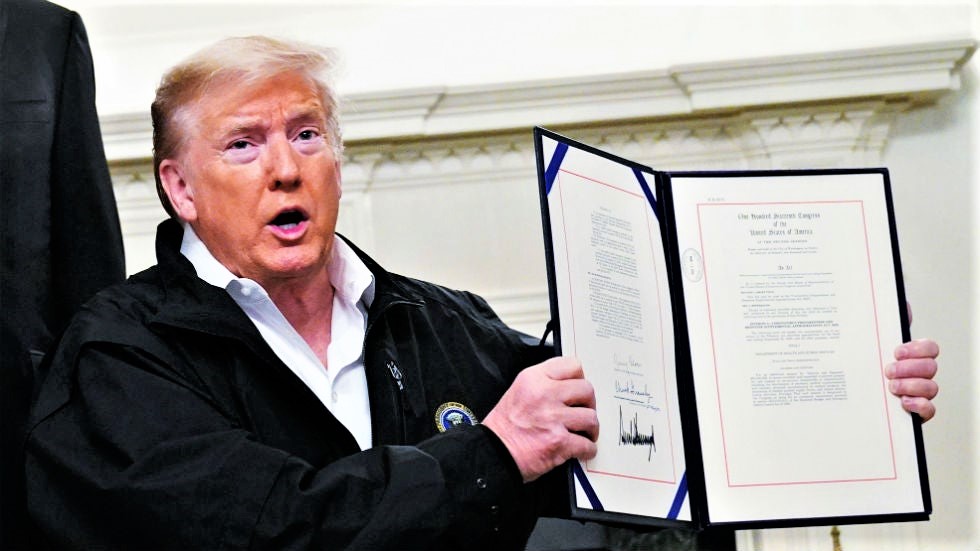 “I am signing this Bill to restore unemployment benefits, stop evictions, provide rental assistance, add money for PPP, return our airline workers back to work, add substantially more money for vaccine distribution, and much more,” Trump said on Sunday.

Trump specified that he will send back to Congress “a redlined version,” requesting that “wasteful items” be removed from the Bill, reported Sputnik news agency.

Earlier in the day, Trump promised some “good news on Covid Relief Bill” on Twitter.

Earlier this month, after months of bickering, Republicans and Democrats agreed on a $900 billion coronavirus relief plan and $1.4 trillion government spending allocation which was sent to Trump for his signature.

The Covid-19 relief included individual payments of $600 for qualifying Americans.

Trump, whose term ends on Jan 20, stayed out of the negotiations for weeks. But he stunned both sides by refusing to sign the legislation, calling the $600 of personal aid a “disgrace” and demanding that it be boosted to $2,000 per individual or $4,000 per family.

“On Monday the House will vote to increase payments to individuals from $600 to $2,000. Therefore, a family of four would receive $5,200. Additionally, Congress has promised that Section 230, which so unfairly benefits Big Tech at the expense of the American people, will be reviewed and either be terminated or substantially reformed,” Trump said in his Sunday statement. The government spending allocation needed the president’s signature by Dec 29 to continue with weekly unemployment insurance for Americans and to prevent the government from shutting down. – Bernama