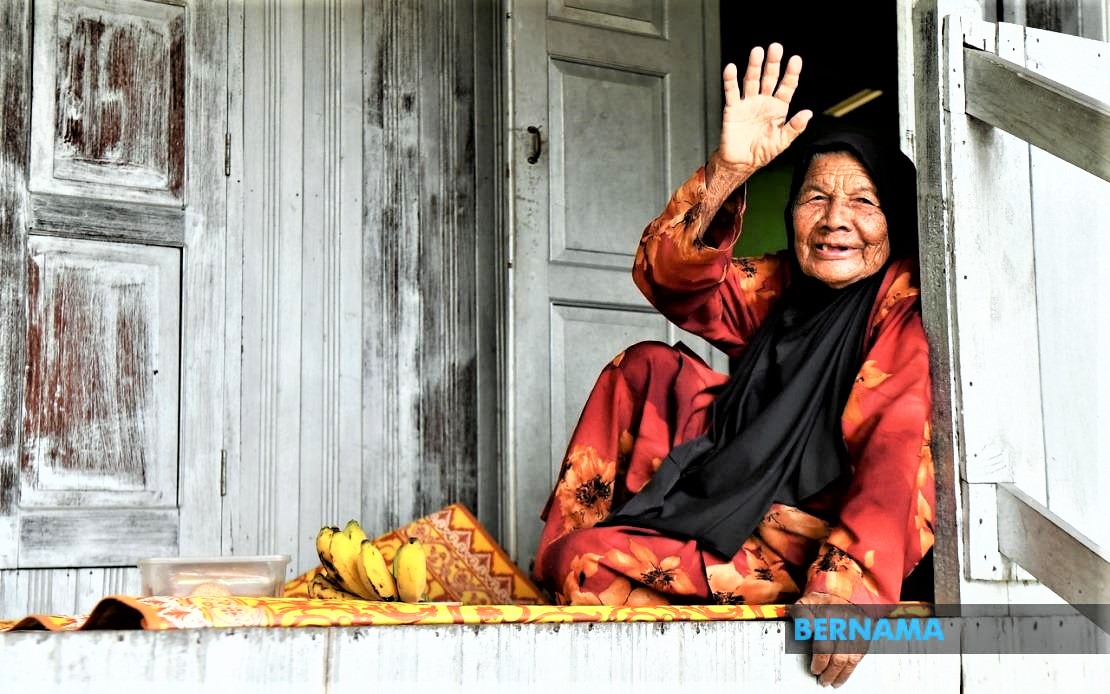 KUALA TERENGGANU: Maimun Yusof, or fondly known as Tok Mun, was the oldest candidate to contest for a parliamentary seat in two general elections back in 2008 and 2013.

Despite the offer to contest again in 2018, she took a rain check.

Now, at the age of 102, Tok Mun said her dream of contesting and winning a parliamentary seat had never faded, especially with the upcoming 15th general election.

“We’ll see how it goes. If I can garner money (to pay the deposit), then I will contest as an independent candidate using the palace symbol,” she said when met at her house in Kampung Atas Tol here.

In the 12th general election in 2008, Tok Mun was said to have contributed to the splitting of votes which had led to the defeat of PAS’ candidate Mohamad Sabu to Barisan Nasional’s candidate Datuk Razali Ismail with only 628-vote majority.

In the 13th general election in 2013, Tok Mun lost her deposit again after obtaining only 182 votes and the seat went to PAS’ candidate Datuk Raja Kamarul Bahrin Shah Raja Ahmad.

Meanwhile, when asked how she coped with the lockdown so far, Tok Mun who earns a living by selling homemade fish crackers, said she had been abiding by the government’s instruction and complying with the standard operating procedures to avoid Covid-19 infection.

“I just stay at home nowadays and this caused the sales of crackers to drop as I cannot travel…too many roadblocks,” said the centenarian who still received monthly assistance from the Social Welfare Department. – Bernama

KUCHING: Members of the public are reminded not to do open burning during the dry season when the country is experiencing the Southwest Monsoon...