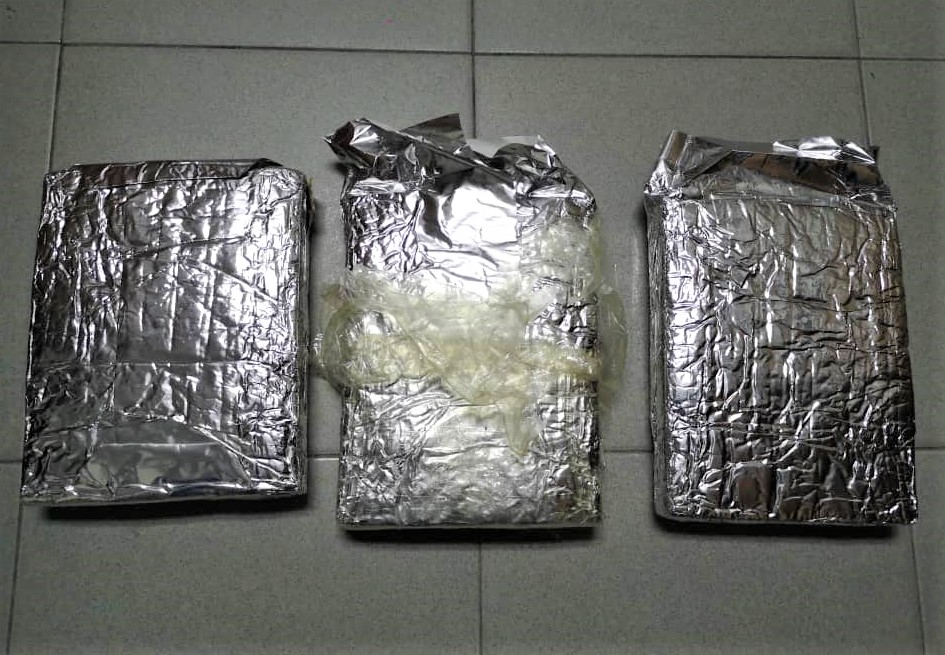 The duo, aged 22 and 23 were detained in front of the Miri Post office around 12pm.

Following the arrest, the police were able to discover a tot weighing 3kg believed to be marijuana worth about RM30,000.

According to Miri district police chief ACP Lim Meng Seah in a statement on Friday, the arrest was made around 12 noon by a police team led by Inspector Mohammed Basheer A G Sulaiman.

“The two suspects were arrested in front of the Miri Post office and NCID Miri seized a black plastic-wrapped box containing an aluminum foil package containing compressed lumps of dried Cannabis drugs weighing 1,000 grams. The suspects later on led the police to a second location in Permyjaya Tudan where 2,000 grams of drugs believed to be cannabis were found,” said Lim.

The two suspects were then taken to the NCID Miri for further action.

“Both suspects were detained and investigated under Section 39B of the Dangerous Drugs Act 1952,” he said.

Preliminary urine tests carried out on both of them, turned to be positive for Cannabis.

“Following the results of their urine tests, both suspects were also detained and investigated under Section 15 (1) (a) of the Dangerous Drugs Act 1952,,” Lim said.