KUCHING: Two local crewmen of the MV Dayang Topaz, a vessel which hit an offshore oil platform about 7.7 nautical miles off Miri this early morning, were pronounced dead.

According to the Malaysian Maritime Enforcement Agency (MMEA) Rescue and Disaster Relief Division acting director Maritime Commander Dr Suzanna Razali Chan, based on the latest information from the Putrajaya Maritime Rescue Coordination Centre (MRCC), the AW 189 Petronas aircraft, which was carrying the two victims, has safely landed at Miri Airport at 5.40pm.

“Both victims have been handed over to the police for further action while, a total of 173 survivors have safely arrived at Miri Port.

“Twelve other crewmen remained on board to ensure the safety of the ship.

“All victims will also undergo a Covid-19 screening test and will be quarantined at the Grand Palace Hotel in Miri. The search and rescue (SAR) operation will be ended after all victims are identified,” she said in a statement today.

In the incident, a total of 125 crewmen had jumped into the sea while another 62, who were on board, were rescued by the lifeboats.

Based on initial information, the vessel’s anchor broke off due to the severe weather condition, setting the vessel adrift before it crashed into the oil rig platform.

The victims, 185 Malaysian crew and two Indonesian crew (captain and chief officer), were between 21 and 63 years old. 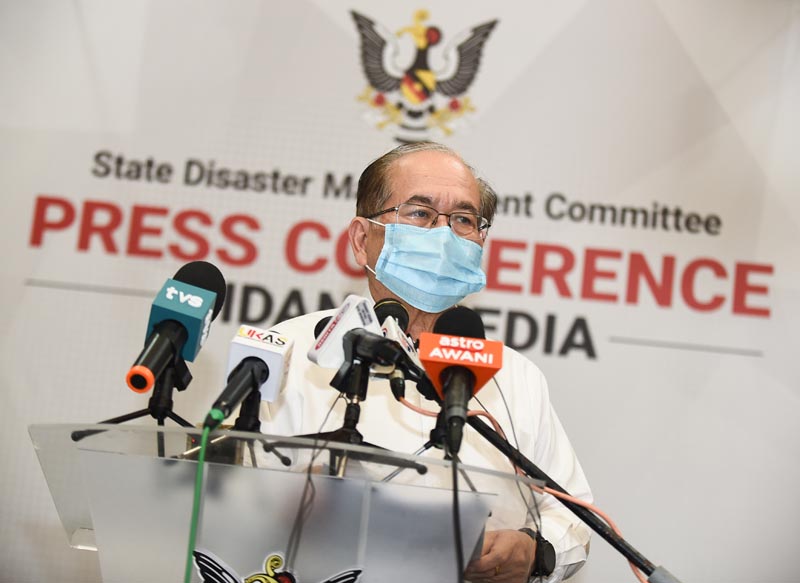