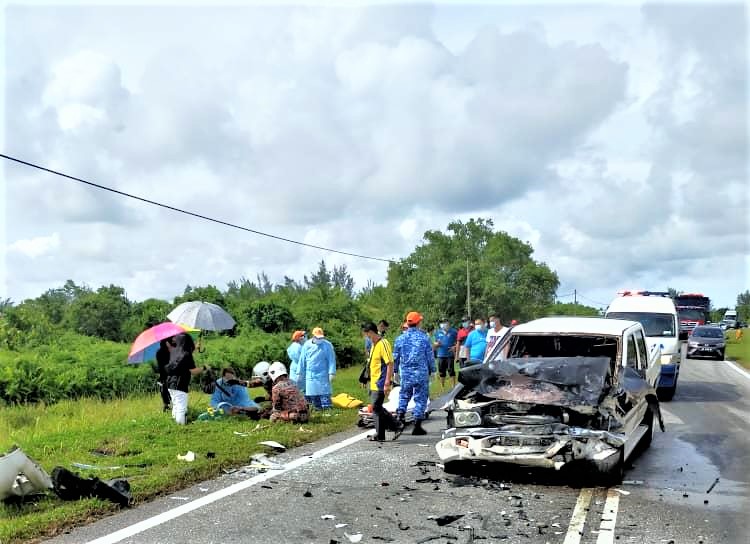 MUKAH: Two drivers were injured following a collision at Anggun intersection, Jalan Mukah-Balingian on Sunday (May 9).

The accident involved a four-wheel-drive (4WD) and a car that were travelling in opposite directions.

Firemen from Mukah station were deployed to the scene after receiving an emergency call around 2.40pm.

Upon arriving, the team found that the 4WD driver, 40, was assisted out from his vehicle by the public.

The other driver, 19, was trapped in her car and she was extricated by firemen.

Both were brought to Mukah Hospital.

The team also carried out a flushing operation at the scene to ensure that the road is clear of debris and is safe for other drivers.

Helping those in need
Previous Post
Extrameal to the rescue