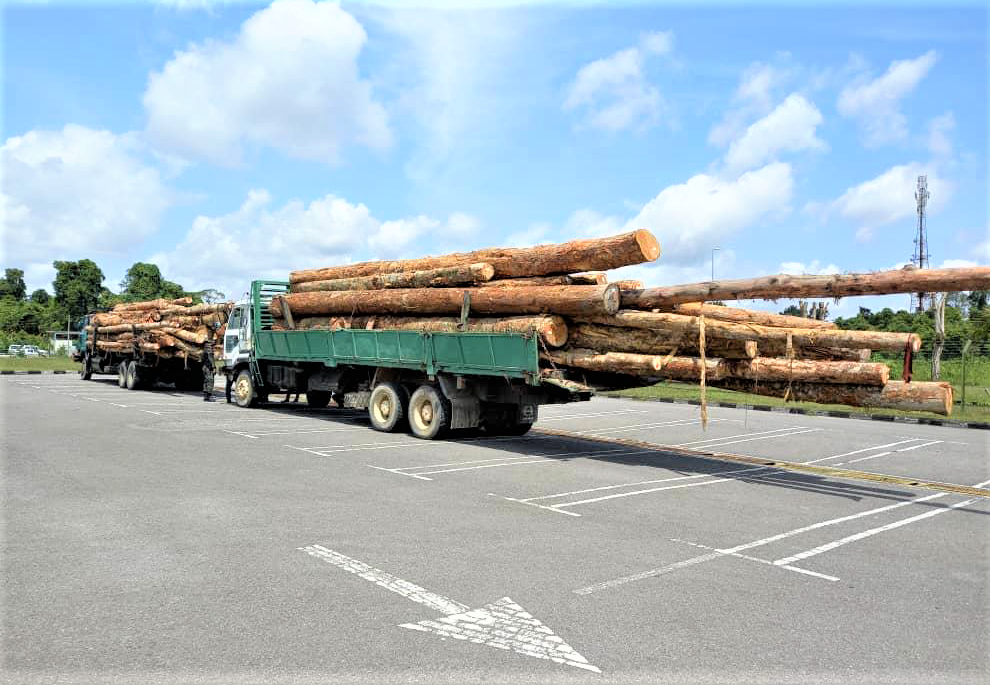 SIBU: A team of Forest Department Sarawak (FDS) enforcement officers together with the General Operations Force (PGA) detained and seized two lorries with a load of 53 logs of various sizes and species in the  Jalan Pasai Siong area here on Tuesday (Feb 23).

“During the inspection, it was found that the logs brought by the lorry did not have documents issued by FDS.

“In this regard, this case will be investigated under section 96 (1), The Forests Ordinance 2015, (Chapter 71). If convicted, the perpetrator can be fined up to RM150,000 or jailed for up to five years or both.

“Meanwhile, if the perpetrator is found guilty of committing the same recurring offence, he can be fined up to RM500,000 or imprisoned for up to 10 years or both. In addition, the case will also be investigated under section 97 (a) of the same ordinance and if convicted, a penalty twice  the value of the seizure will be imposed,” it explained.

In line with the functions and responsibilities of FDS in caring for and preserving forests, the department said it would continue to intensify forest enforcement activities either through land, river and air operations to ensure that no illegal logging activities were carried out in the state.

“More drastic action under the provisions of The Forest Ordinance, 2015 will be imposed on any individual or company found guilty of carrying out illegal logging activities,” it added.

The department also called on the public to channel information on all illegal logging activities that took place in the state.

“This is to enable us to take suitable actions on such activities,” said FDS.

Pos Malaysia moves with the times
Previous Post
Tugboat, barge held for having no pass