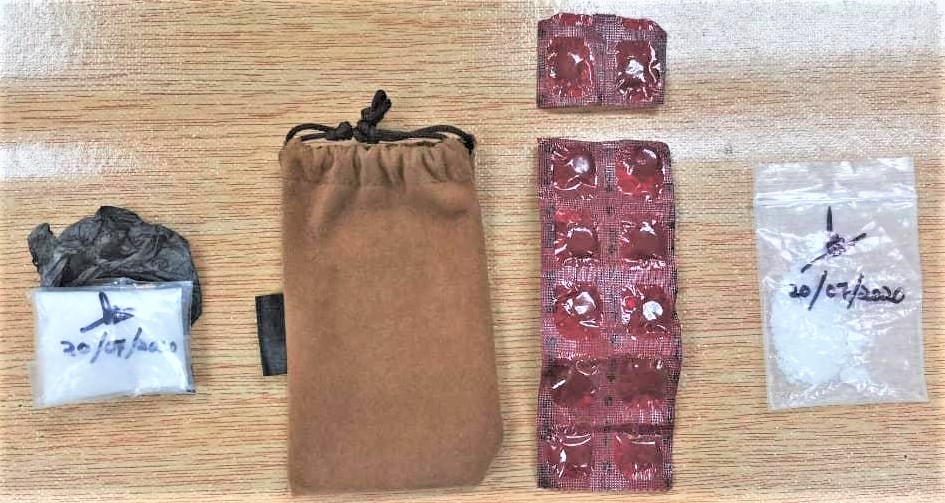 KOTA SAMARAHAN: Police picked up two men for possessing drugs worth RM705 at the compound of a local university on Monday night (July 20).

Kota Samarahan District police chief DSP Sudirman Kram said that the arrest was carried out by a team from the Kota Samarahan Police Narcotics Crime Investigation Division (NCID) around 8.10pm.

The team arrested the two men in their late 20s who were sitting inside a parked car. They found and seized drugs believed to be 5.25 grammes of syabu with a street value of RM525 and 12 pills of Eramine 5 worth RM180.

According to DSP Kram, both men have criminal records and tested positive for drugs. The case is being investigated under Section 39A(1), Section 12(2) and Section 15(1)(a) of the Dangerous Drugs Act 1952.

Sudirman further added that 251 cases involving 268 arrests for various drug offences under the Dangerous Drugs Act 1952 and Poison Act 1952, have been recorded from January to date.

The police are continuously on the lookout and will throw the full weight of the law upon anyone involved in the trafficking and abuse of drugs, said Sudirman.

He further added that the community can help in curbing this social ill and any information related to crime and drugs can be channelled directly to the Kota Samarahan District police headquarters (IPD) via 082-662300.