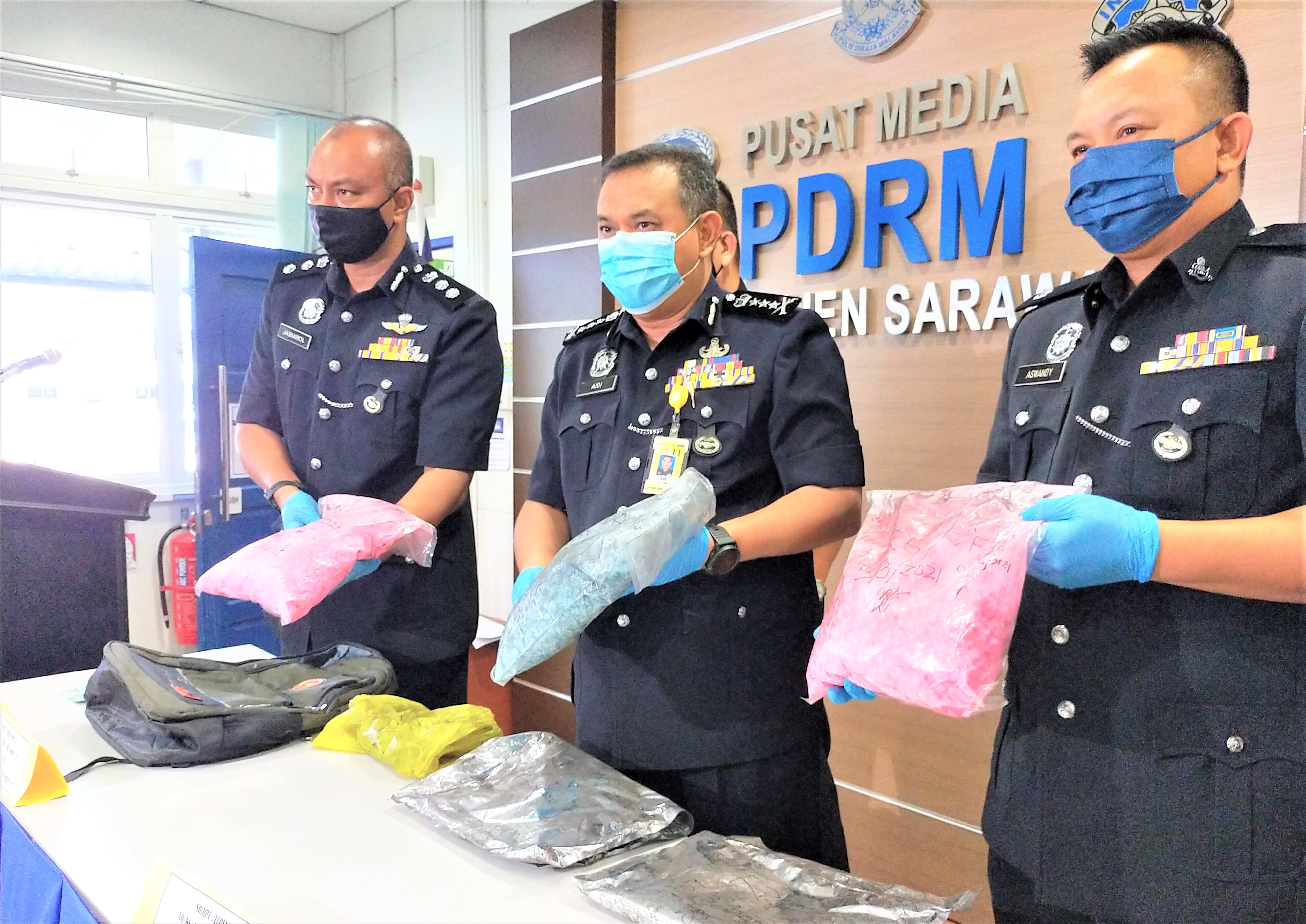 Sarawak Police Commissioner Datuk Aidi Ismail disclosed that the drug supply, suspected to be from Kuching, was believed to be delivered to another source in Tebedu and would later distributed to users in a neighbouring country.

He added that the market value for these drugs in Indonesia exceeded RM1,041,600. It is believed they would be distributed to more than 48,000 users.

“At about 5am that day, roadblock personnel carrying out ‘Ops Benteng’, detained a car driven by a man with a woman passenger who were suspected to be involved in drug activities.

“Inspections led to the discovery of a package of drugs believed to be syabu weighing around 0.73g, and three packages containing 14,880 Ecstacy pills.

“The drugs with a total seizure value of RM267,940, were seized as evidence along with cash amounting RM500 and the car,” Aidi told a press conference.

The suspects, aged 38 and 35, along with the seized items were taken to Serian NCID headquarters for further actions, where they were tested positive for drugs.

During interrogations, both admitted to be involved in delivering drugs to Tebedu for a payment of RM3,000 due to life difficulties. They will be remanded until Mar 12 to facilitate further investigations.

He stated that Sarawak police would continue to place narcotic elements at each ‘Ops Benteng’ roadblocks and further intelligence investigations were still ongoing to curb and cripple drug distribution activities.