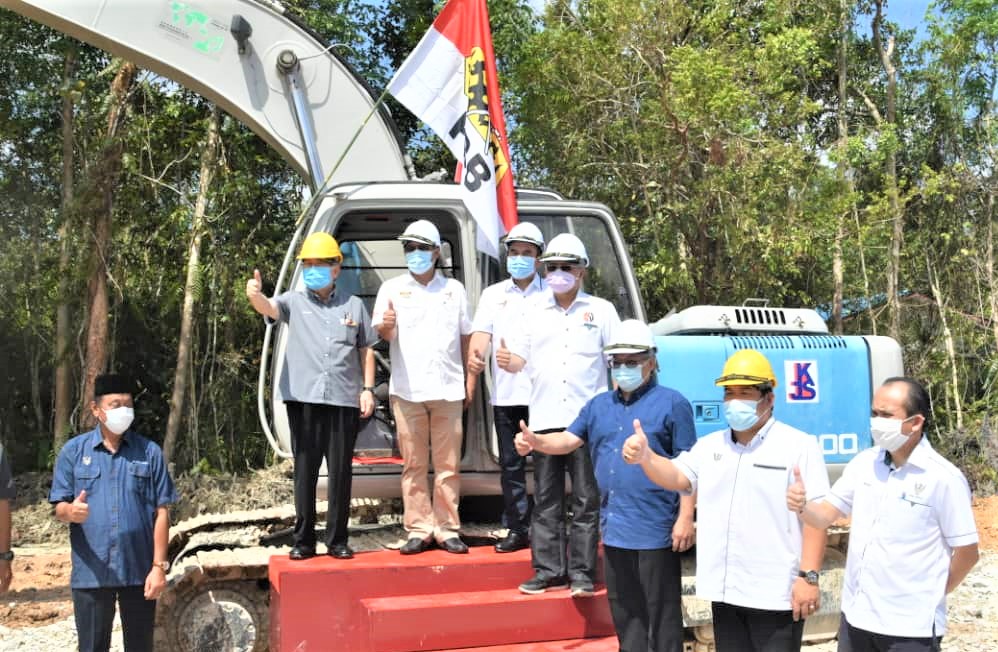 Two sites in Betong to be turned into agroparks

DEBAK: Two sites in Betong Division, which will be turned into agroparks, have been identified by the Sarawak government.

He said the Lubok Tamang agropark would cover about 2,000 hectares, and that the Drainage and Irrigation Department had completed its drainage master plan.

“The one in the vicinity of the Bebuling STOLport would cover 1,500 hectares plus another 300 hectares for precision farming,” he said after performing the earth- breaking ceremony for the Debak Sports Complex today.

The government, he added, would likely be considering the Anchor Company model in developing them.

“This model provides for a company with many years of experience in commodity crop planting and needs to have very good market network. This is one of our greatest challenges.

“In addition, such a company must meet the food standard expectations of importing countries.”

Uggah, who is also Agriculture Modernisation, Native Land and Regional Development Minister, said an example of the Anchor Company model could be seen at the  Collecting, Processing and Packing Centre (CPPC) in Tarat, Serian in which the company, Top Fruit, focused on durian.

He also said both agroparks were part of the Betong Food Basket Area stretching from Betong to Mukah divisions.

“At the agroparks, farmers and agropreneurs could apply to lease plots for their activities.”

He said the government would get ready all the needed infrastructure, including IT systems.

Spaoh would have a RM10mil CPPC developed by the Regional Corridor Development Authority, he added.

In addition, the Bebuling STOLport would be ready in three years’ time.

Meanwhile, the government approved RM8.9mil for the construction of the Debak Sports Complex, expected to be completed in a year’s time.

Occupying an area of about four hectares, it will have a running track and football field, among others.