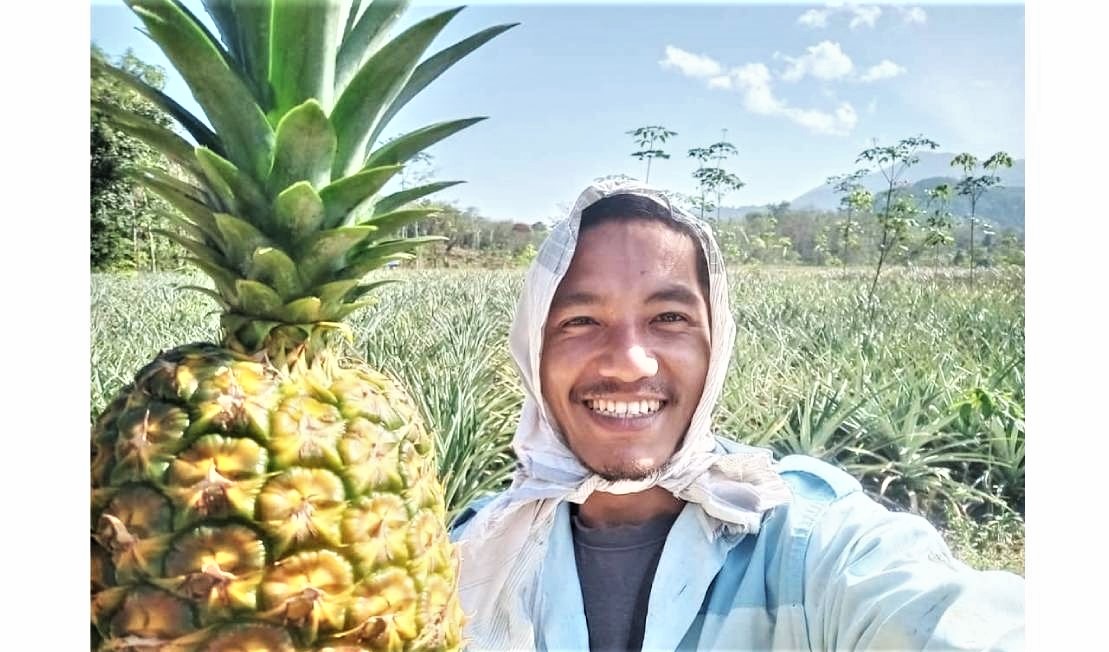 KUALA KRAI: A Universiti Malaysia Kelantan (UMK) graduate is earning a five-figure income by cultivating pineapples, an endeavour that he started three years ago.

Wan Lokman Wan Haron, 33, an alumnus of the Faculty of Agro-Industry and Natural Resources (FASA) UMK has proven that the field of agriculture can provide lucrative income if one puts in the effort and commitment.

He said, after three years of toiling in the heat and playing with dirt, his pineapple farm, cultivated on 10 acres of land in Kampung Chuchuh Puteri, near here, can produce around seven tonnes of yields, per season.

“It is sold at a wholesale price in the local market for RM2.50 per kg (the Madu Kaca variety) while the MD2 variety is sold at RM4 per kg.

“The price per kg for the Madu Kaca pineapple retails at around M3.50 to RM5 while the MD2 pineapple reaches up to RM5 to RM8 per kg depending on the current market,” he said when contacted, here today.

Wan Lokman added the MD2 pineapple was highly sought after because of its sweet taste, is juicier and high in fibre, which is good for health.

He said he started cultivating the pineapples on abandoned agricultural land in 2018 after he was urged to do so by his family members.

“I started with a capital of around RM30,000 from my family’s savings by starting the crop in stages with pineapple saplings that I bought,” he said.

Wan Lokman also described the experience of studying at UMK to have helped him a lot in making agriculture his means of livelihood.

“I also plan to diversify by cultivating durian, vegetable and several other crops in the future. I have high hopes to make Kampung Chuchuh Puteri one of the premium pineapple producers in Kuala Krai,” he added. – Bernama

Six-month exemption for rental of canteen, premises in govt schools