KUALA LUMPUR: Umno is leaving it to the wisdom of Prime Minister Datuk Seri Ismail Sabri Yaakob to make the appropriate decisions in steering the country’s administration.

Umno president Datuk Seri Dr Ahmad Zahid Hamidi in a post on his official Facebook today said this included the formation of the Cabinet and the appointment of former prime minister Tan Sri Muhyiddin Yassin as the chairman of the National Rehabilitation Council with ministerial status.

“I received many inquiries, and even had time to read various comments asking about Umno’s stand on the formation of the Cabinet and the appointment of the former prime minister.

“The party has taken the stand to support of the appointment of Datuk Seri Ismail Sabri as prime minister. This means, the party leaves it to the prime minister’s wisdom in making decisions or policies that he feels are appropriate in steering the country’s administration,” he said.

Ahmad Zahid said, however, it was the prime minister’s responsibility to ensure that the government could function properly and not repeat past mistakes.

“Umno is consistent in its stand. On behalf of the party, I will ensure that we will continue to be the eyes, ears and voice of the people in touching on issues of their well-being and the prosperity of the country.

“This is the spirit and principle of democracy that we should nurture. The government has a role and responsibility in meeting the needs of the people. The party will continue to play a role as a balancing force that always moves in unison with the people,” he said.

The Member of Parliament for Bagan Datuk said for the next six to seven months until the Covid-19 pandemic subsided, the government and the party would complement each other and move in tandem by focusing on their respective roles. – Bernama 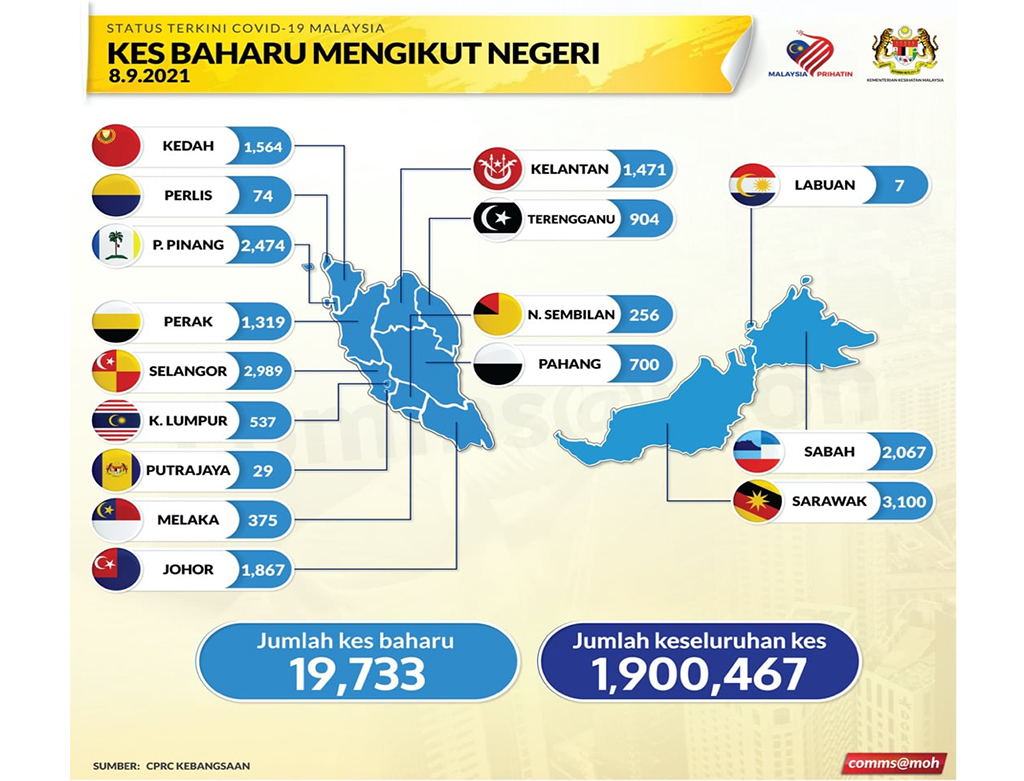 MOH working on ventilation guidelines for reopening of gyms