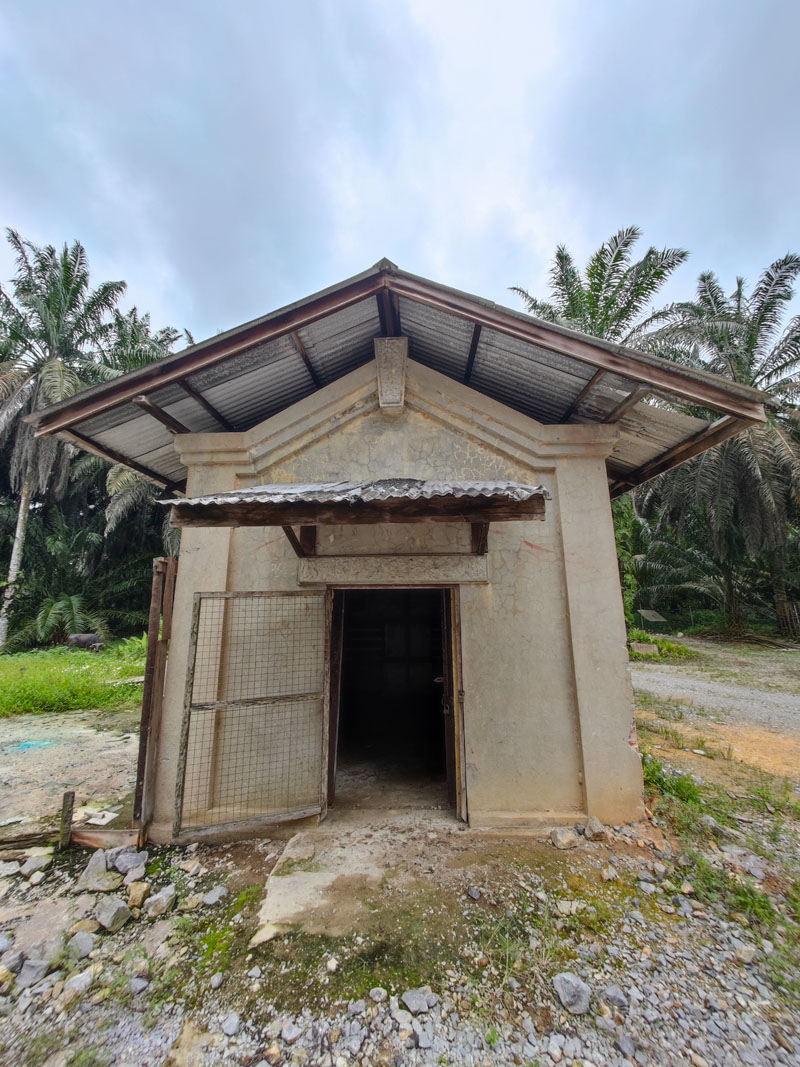 Even though a century has passed, the villagers of Kampung Seniawan Jepon and the descendants of Japanese migrants have deeply ingrained memories and emotions associated with the estate in their hearts and minds.

Kampung Seniawan Jepon, Kota Samarahan is home to history that is just waiting to be discovered.

It was a place where Japanese and locals worked to make ends meet in the early 1900s.

The plantation, manned by Nissa Shokai Corporation, saw how well both cultures blended together.

They had worked hard to make the estate a success. This achievement also resulted in developments within the village in terms of workforce and architecture.

Everything changed, however, when Japanese soldiers invaded Sarawak. The plantation’s works were halted, and the soldiers taunted the locals. 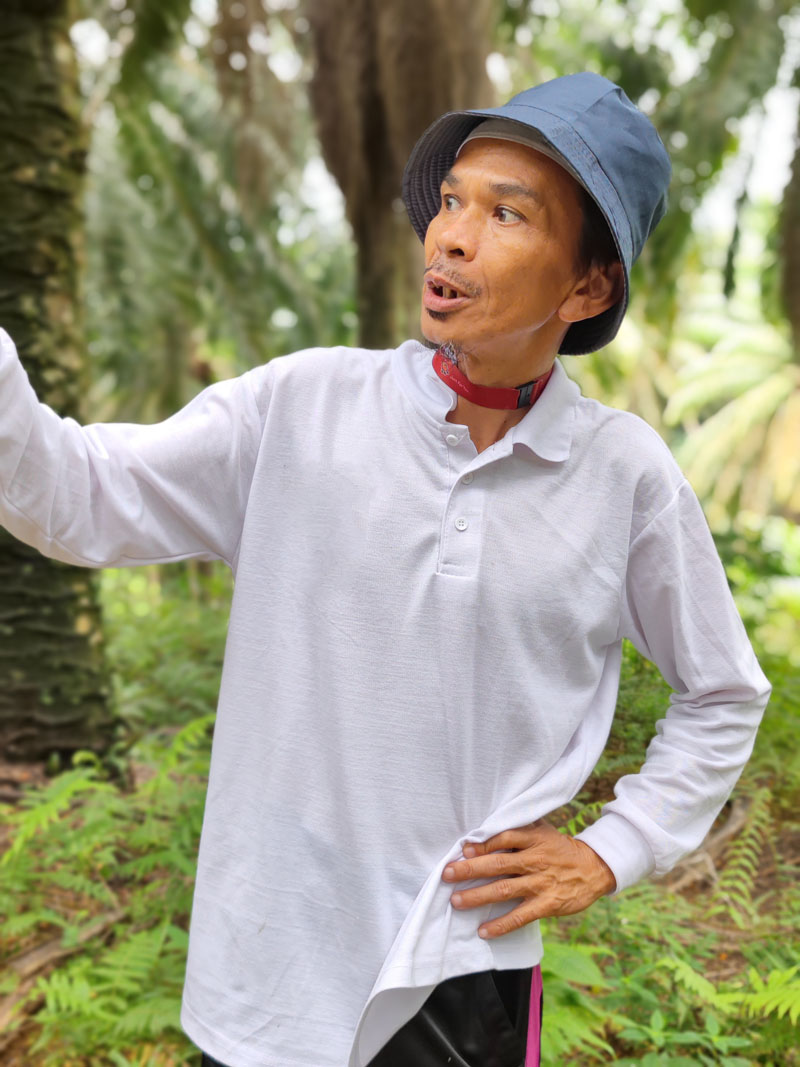 The head of the village, Anuar Unid, aired his views on this, recalling the woes shared with him by the older villagers.

“During the war, the estate became a location where the Japanese decapitated the heads of locals or anyone who retaliated against them.

“The Japanese soldiers were not like the immigrants. The immigrants were friendly and showed no signs of hostility. Meanwhile, the soldiers were cruel. Those who dared to look down on them would be slapped. And if you grow rice on your farm, they will steal it right in front of you,” he added.

Because of the negative impact the war had on the locals, many of those who lived chose to despise the Japanese.

Despite the soldiers’ treatment, the 50-year-old was moved by the immigrants who arrived before the war.

“In the early 1900s, the villagers made a pact with the Japanese immigrants.

“They agreed to coexist on this land in order to work on developing it for agricultural purposes and improving the socioeconomic status of the locals,” Anuar said, adding that his grandfather was one of the villagers who worked at the estate.

“During his time there, he earned between 15 and 25 cents. He used to work as a food delivery boy when he was younger. When he was older, he worked as a manual labourer on the plantation.”

Anuar, the village’s head since 2007, retains the name ‘Jepon’ in Kampung Seniawan Jepon. It was to remind others that the village once had Japanese settlers.

“It is also meant to serve as a reminder to never be colonised by others. I hope the locals can stand strong on their own. As the late Sarawak Premier Pehin Sri Adenan Satem used to say, ‘Jaga Sarawak tok bait bait’ (take good care of Sarawak).”

Although many Japanese immigrants fled during the Japanese occupation, there were some who did not. Instead, they were either living here in disguise or working for the armies.

Seiji Kunou, a Japanese national, was among those who refused to leave Sarawak despite being told to.

During the war, he worked as an interpreter in various departments, including the police force and the court.

Seiji arrived in Sarawak for the first time in 1910, when he was 22 years old, through the Nissa Shokai Corporation. He worked at the estate as the rubber plantation manager.

During his time here, he was adopted by a Malay family and learned Muslim customs. He later converted and married a local, Ejah Haji Rais, in 1916.

He took the name Mohamed Towfek Kunou, and a year after getting married, he and his wife had a son.

Seiji blended in well with the locals prior to the Japanese occupation. He was the village head for 19 years, from 1915 to 1934. 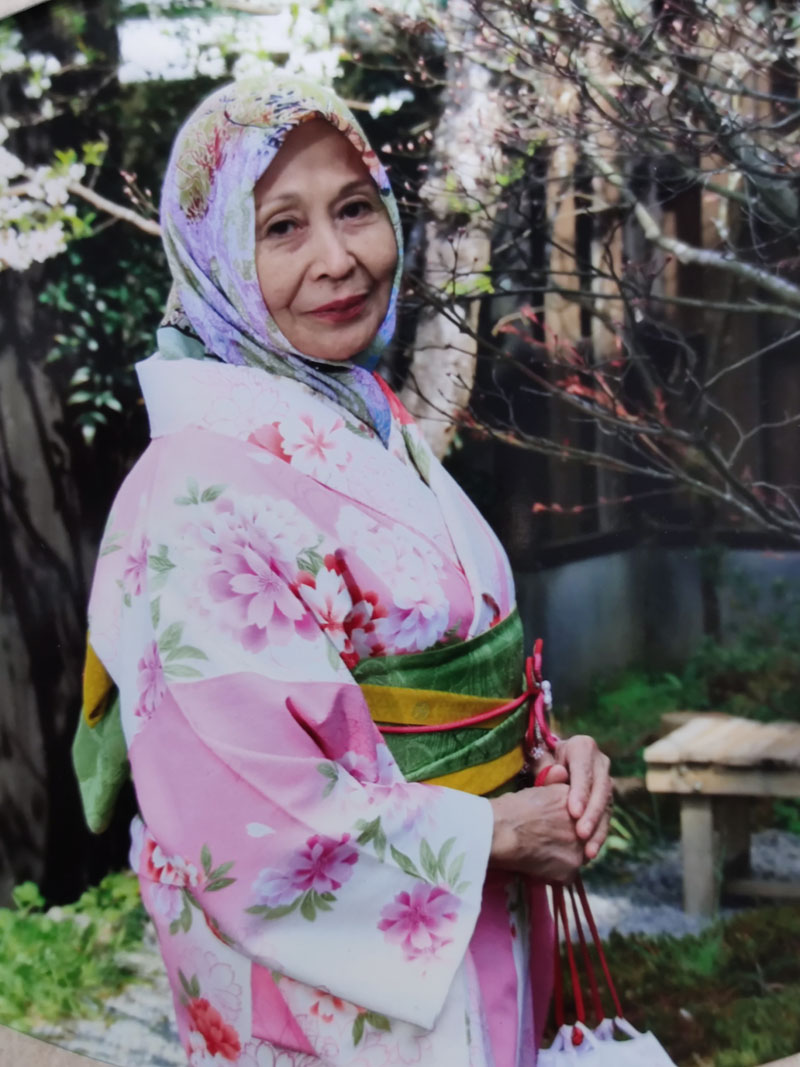 “The three of them attended a school where the students were taught by Japanese teachers who had come to the country to teach.”

Kazuliah also revealed that they each have a Japanese name, “mine is Kazuko Kunou.”

Kazuliah, the eighth child, was born during the Japanese occupation, so she has few memories of the plantation. After the war, Seiji was detained despite his contributions.

“Despite the fact that my father was a well-respected Muslim, he was arrested and deported due to his Japanese citizenship. He stayed with his sister in Japan. During those years, I remember him keeping in touch with my mother.

“He returned home when I was 11 years old. I could still remember the day my brother brought him home. I recognised him as my father the moment I saw him. We became close,” said Kazuliah.

Seiji spoke Malay fluently, could read Jawi, and was a devout Muslim. Kazuliah recalled her father teaching the Quran to the children at the village.

“Despite being Japanese, he practises Malay and Muslim customs. We were also raised in this manner. In addition to teaching the Quran, my father was an acupuncturist who treated the sick. He had learned the techniques in Japan.”

Kazuliah’s father died in 1959, when he was 71 years old. Despite having been without him for decades, the 80-year-old misses her father dearly.

“He passed away when I was 17 years old. Many years have passed, and I continue to visit his hometown and my Japanese relatives in Japan,” she said. 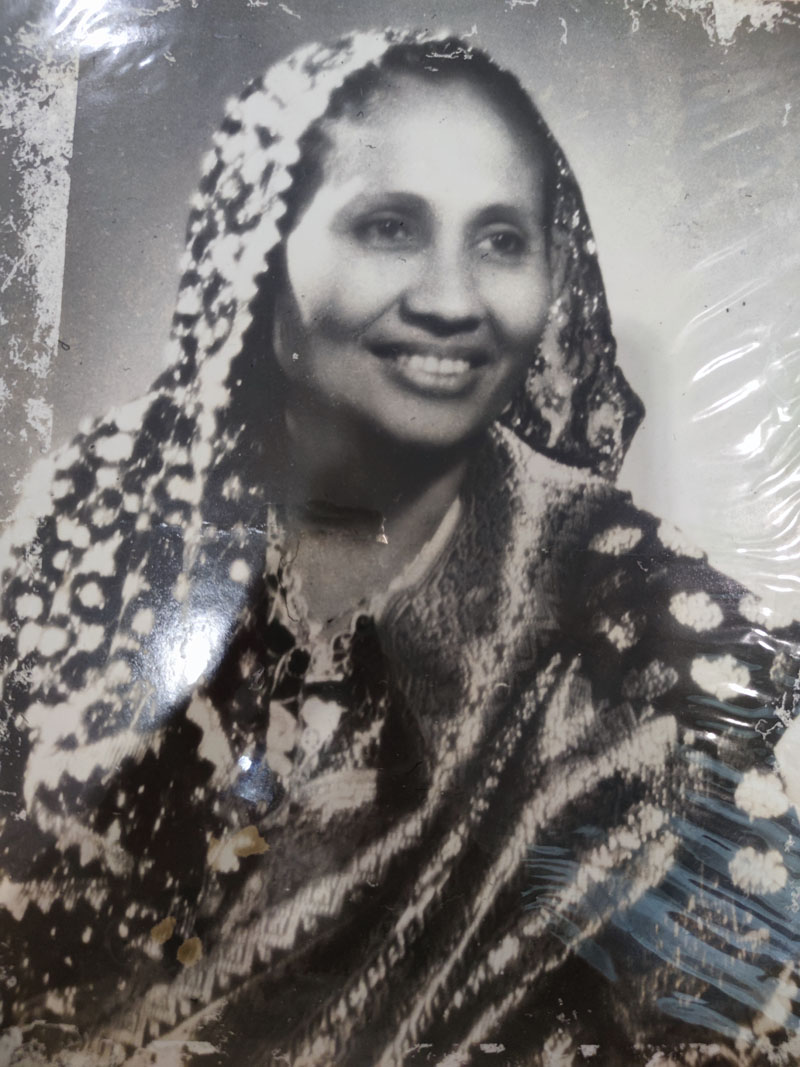 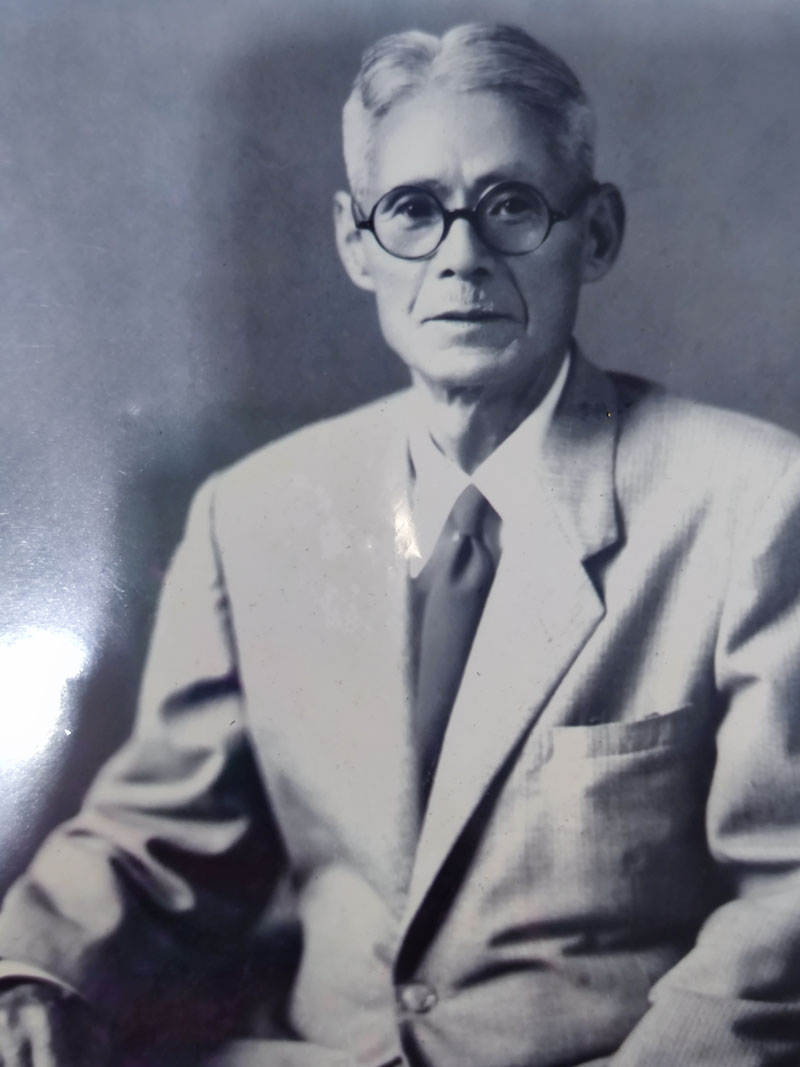 Seiji had embraced the Muslim religion prior to marrying his wife. He had learned to live the ways of the locals.

Memories from the past

Despite being a century old, the story of the Japanese settling at Kota Samarahan remains a vivid memory.

The generation after was able to perceive the feelings and emotions of what happened before through tales shared and woes told.

However, as each decade passes, the stories start to disappear as memories fade.

Hence, the Yorioka shrine, its estate, and other vestiges serve as a reminder of the past.

Stories from people like Kazuliah and Anuar also helped to fill in the gaps in history.

Thus, the preservation of these memories is vital because it is a story with sentimental and historical value about Sarawak’s past development.

Our roots are gradually becoming obsolete as modernity creeps in. But we must never forget that we are who we are because of our past.

Remnants of the Japanese 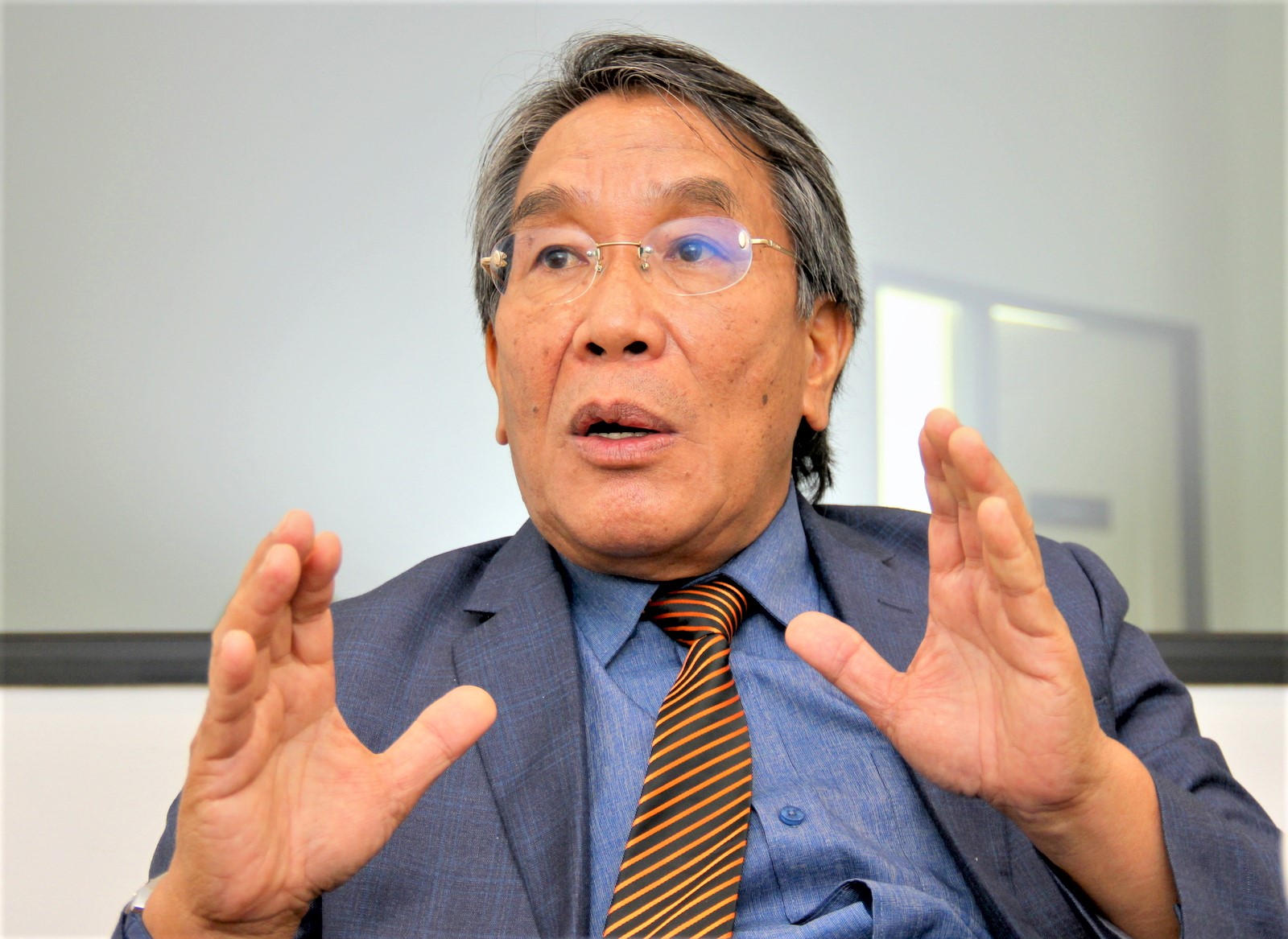 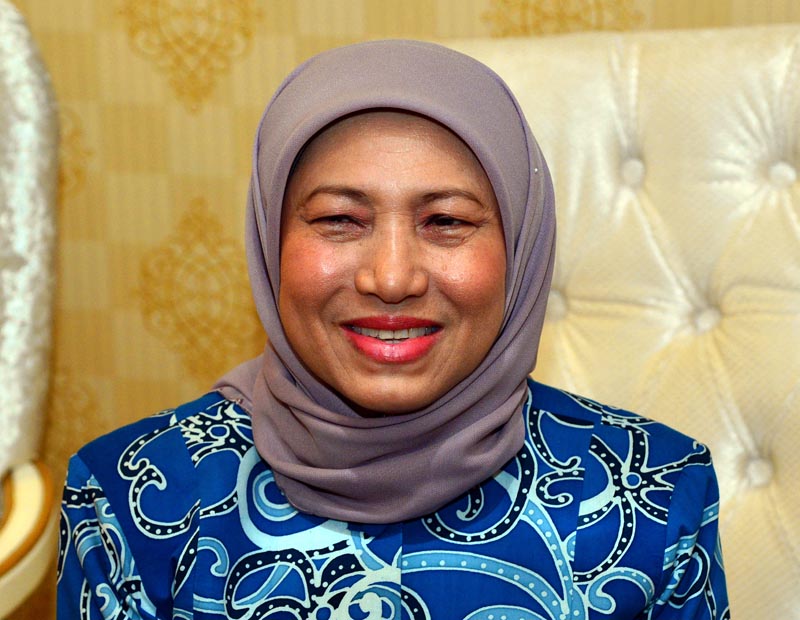