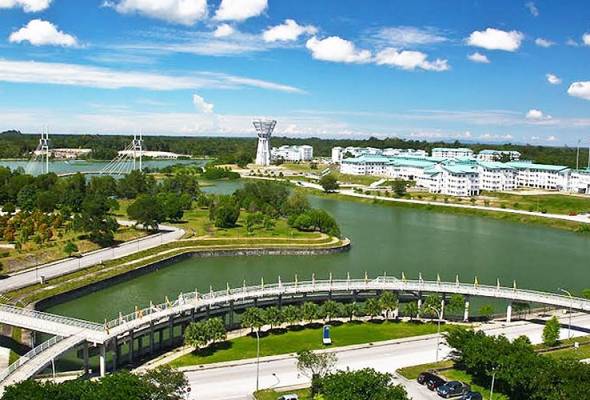 KUCHING: The resemblance was striking.

Walking into the laboratory of the Institute of Health and Community Medicine (IHCM) of Universiti Malaysia Sarawak (Unimas) was like moving from one scene to another of the popular American forensic crime drama ‘CSI: Crime Scene Investigation’.

The ‘mood’ of the lab, with the immaculately placed microscopes, petri dishes and test tubes, is familiar with what viewers of the hit television series often see when the actors work their way with forensics science to solve murders.

But instead of finding the perpetrators of any crime, this particular lab scrutinises organisms which are the cause of infectious diseases in Sarawak and the island of Borneo as a whole.

Since the outbreak of Covid-19 last year, IHCM has also been at the forefront in the fight against the pandemic in the state. It was tasked with testing samples and genome sequencing analyses to detect changes in the virus.

In early February, its work on genome sequencing led to the discovery of two variants of the Covid-19 virus, different from the one detected in the state at the outbreak of the disease in March last year.

The strains are similar to the ones found in Indonesia and the United Kingdom although there is no evidence of a higher level of infectivity.

“We need to know if the virus is changing and, if it changes, where it changes because if it mutates in parts that will affect vaccine efficacy. Then there is potential for vaccine failure, which means we may not be well protected against it (even with the vaccine),” he said.

Prof Perera explained that some of the Covid-19 vaccines now only target certain proteins in the virus and, if a mutation occurs, it will weaken the effect of these vaccines like what happened in the case of the South Africa strain.

“So, we need to track changes in the virus for at least the next one to two years as long as we still have positive (Covid-19) cases,” said the Penangite who has been living and working in Sarawak since 1997.

IHCM, which has four researchers and 20 staff, also plays an important role in responding to any viral outbreak in Sarawak, like the measles outbreak some time ago.

Prof Perera said that globally scientists are looking at the different variants of the virus with huge numbers of Covid-19 genome sequences being submitted daily through online data-sharing platforms like GISAID.

Through these collective depositories, he said, researchers from all over the world can see the origins of a particular virus and how it keeps changing.

“That’s how we are able to tell, for example, that the virus that we got (in February) is related to the United Kingdom, got exported to Indonesia and became a prevalent strain there.

“There are about six to seven entities in Malaysia which have contributed to the depositories.  IHCM is among the top three biggest contributors from the country,” he said.

Apart from that, IHCM is currently working with the Sarawak government to develop a platform for mass screening to test the immune or antibody status once the population gets vaccinated against Covid-19.

Prof Perera said this is important because, right now, nobody is certain if the vaccine will give its users lifelong protection against the disease.

“(Let say) if you are given a (Covid) vaccine now, are you still going to be protected six months or a year down the road? “It is different if we compare with the measles or BCG vaccines which we know will give lifelong protection. Therefore, it is important to track our immune status all the time,” he said. – Bernama