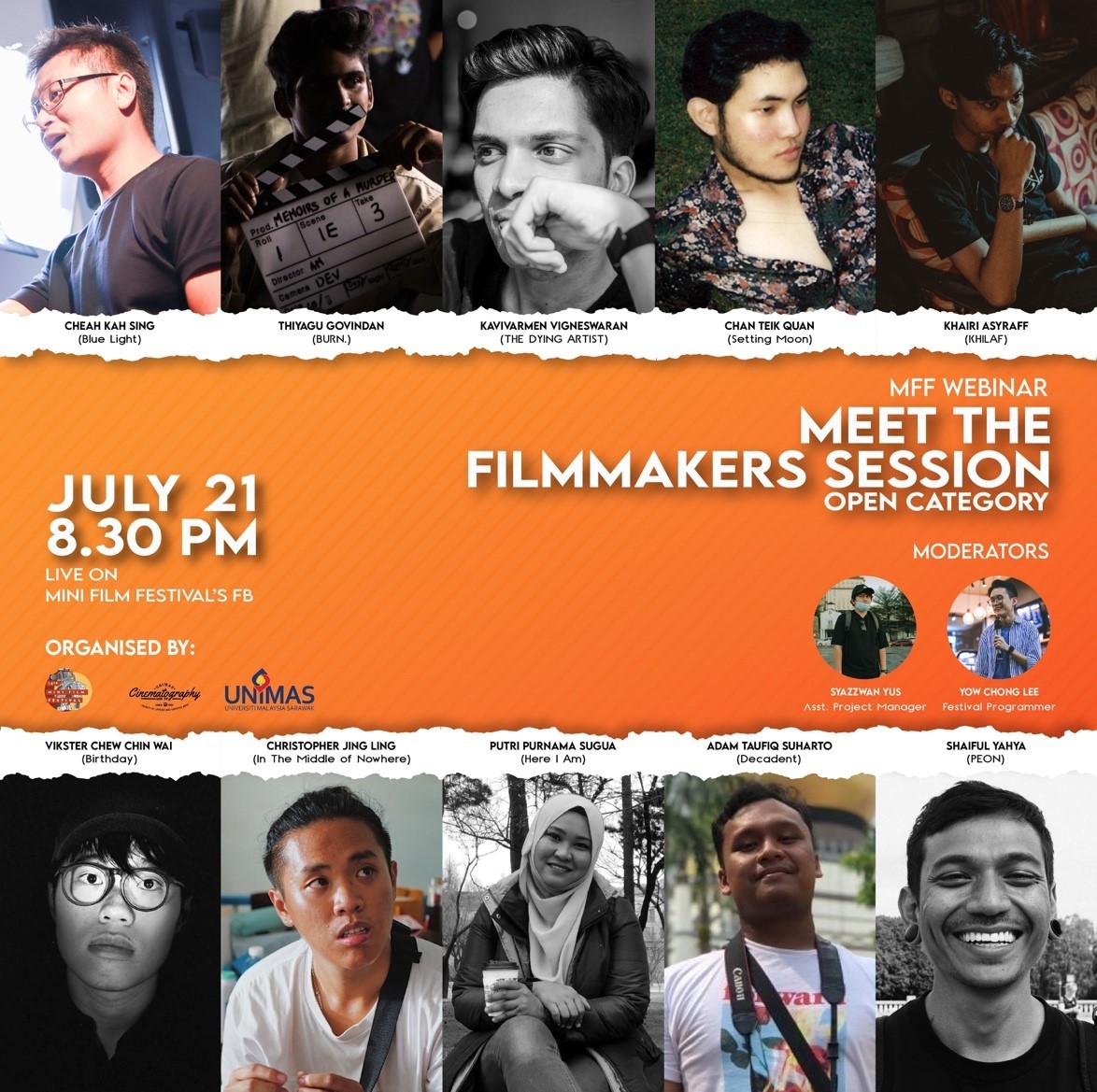 KOTA SAMARAHAN: Universiti Malaysia Sarawak (Unimas) Mini Film Festival is set to be the first onsite festival to move entirely online due to the Covid-19 pandemic.

The festival, which is entering its 16th edition, is also Malaysia’s longest running short film festival, said Unimas in a media release yesterday.

“Organising film festivals online is nothing new, but migrating film festivals that was traditionally organised onsite with the attendance of physical audiences and filmmakers is an entirely new challenge”, said the festival’s programmer, Yow Chong Lee.

This year’s edition of the film festival is fully handled by the university’s cinematography programme’s students and lecturers.

According to Yow, inspired by the motto “mini in scale, big in ambition”, the organiser has attempted to bring the best films to meet their deserved audiences through the festival.

With about 200 short film entries submitted by Malaysian filmmakers this year, 10 of the best films were selected as the finalists for two categories, namely “MAS See Films: Open Category” and “MAS See Films: Students’ Category”.

The nominees comprise up and coming young filmmakers in their early or mid-twenties. The winners will walk away with cash prizes of up to RM 2,400.

Together with 18 other nominated films, these films will be made available online for 48 hours starting July 19 (Sunday) and ensued with webinars featuring these young filmmakers in sharing their creative process in the making of their respective films.

Another webinar session that features juries of this festival will also be conducted during the festival, on July 23 (Thursday), at 8.30pm.

Those who are interested to participate in the festival, be it watching nominated films or attending the webinars, are encouraged to register through http://bit.do/16thMFF in order to receive streaming links and online movie screening links for free. For any further inquiries, contact Fatin at 011 – 3135 8840.