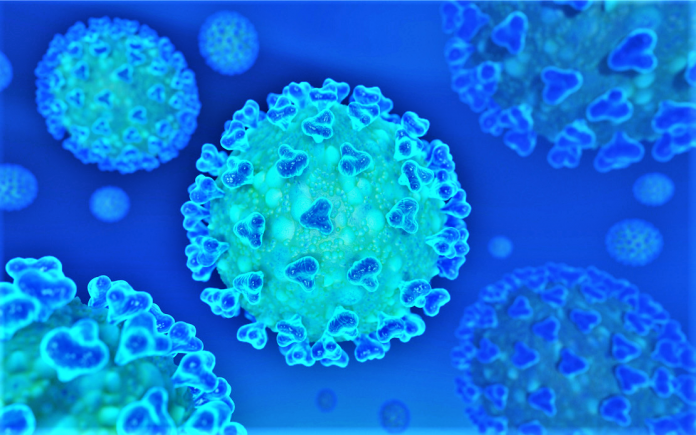 This is a round-up of Covid-19 related matters in Malaysia and globally from March 30 up to 12.30pm, yesterday. In Malaysia, new case numbers are seeing three-digit spikes daily and globally, the numbers have exceeded one million with more than 50,000 deaths reported. The virus has spread to 195 countries.

Based on Ministry of Health (MoH) statistics, as of noon yesterday, 208 new cases were recorded, bringing the cumulative total of Covid-19 cases to 3,116.

As for fatalities, five more people succumbed to Covid-19 yesterday, bringing the total number of deaths to 50. As of Thursday, 105 patients were in intensive care units, with 54 requiring ventilators.

Cases to peak in mid-April

Meanwhile, the World Health Organisation (WHO) has projected that Malaysia’s Covid-19 infections would peak in the middle of April.

There are initial signs of a flattening of the infection curve, Ying-Ru Lo, WHO’s head of mission and representative to Malaysia, Brunei and Singapore, told Reuters on Thursday.

In his press conference on Wednesday, Health Director-General Datuk Dr Noor Hisham Abdullah stressed that the second phase of MCO, from April 1 to 14, is a critical period for Malaysians as it will determine whether or not the nation has been successful in its efforts to break the Covid-19 chain of infection.

He also reiterated MoH’s advice to the public to stay at home and practise social distancing and hygienic practices such as washing hands regularly.

Senior Minister (Security) Datuk Seri Ismail Sabri Yaakob announced the imposition of more stringent rules for the second phase of MCO to stem the spread of the virus. These include allowing only one person in a car, except in the case of an emergency, and banning any social activity at home or in public places.

Ismail Sabri said the number of toll plazas nationwide where roadblocks have been set up would be increased from 65 to 114, beginning April 1.

Starting today, Malaysians returning home from abroad on special or commercial flights would be whisked off to a special place to be quarantined for 14 days.

The government also announced the enforcement of the enhanced movement control order (Emco) in several areas. Simpang Renggam in Johor and Batu 21 to Batu 24 Sungai Lui, Hulu Langat, Selangor, are the first to be slapped with Emco.

The Menara City One condominium at Jalan Munshi Abdullah, Kuala Lumpur, was also issued an Emco, effective March 31 till April 13. It was enforced following the detection of 17 Covid-19 positive cases at the condominium, which has a total of 3,200 residents staying in 502 units and business premises.

The United Nations has described the Covid-19 pandemic as the “biggest challenge for the world since World War Two”.

It could bring a recession “that probably has no parallel in the recent past”, its secretary-general António Guterres warned at the launch of a report on Wednesday on the potential socioeconomic impact of the coronavirus outbreak.

“Covid-19 is the greatest test that we have faced together since the formation of the United Nations,” he said, adding that up to 25 million people worldwide may lose their jobs.

In a live press conference from Geneva, Switzerland on Wednesday, WHO director-general Dr Tedros Adhanom Ghebreyesus expressed his deep concern over the rapid escalation and global spread of the Covid-19 infection.

He said WHO is working closely with researchers worldwide to find an effective cure for the disease.

“There has been an extraordinary response to our call for countries to join the Solidarity trial, which is comparing four drugs and drug combinations,” he said, adding that so far 74 countries have either joined the trial or are in the process of joining.

According to statistics by CoronaTracker (which cites various agencies including WHO), globally there are now 1,015,728 cases and 53,202 deaths.

The United States now has the highest number of Covid-19 cases, having overtaken Italy, Spain and China.

In early March, the US Congress had projected that 70 million to 150 million people in the country may get infected by the coronavirus.

Other countries that have reported a substantial number of Covid-19 cases include:

According to the WHO website, its China country office was informed of cases of pneumonia detected in Wuhan on Dec 31, 2019. On Jan 7, the Chinese authorities confirmed that the novel coronavirus can be transmitted from human to human.

A study of the virus’ genetic sequence suggested similarities to that seen in snakes and bats. China health officials identified the Huanan Seafood Market in Wuhan as the source of the transmission of the coronavirus.

On Feb 11, WHO announced the official name of the virus, Covid-19, which is an acronym for coronavirus 2019 – CO stands for corona, VI for virus and D for disease.

On Jan 30, WHO declared the coronavirus outbreak as a global emergency. By then, it had spread to 18 countries and caused 170 deaths. On March 11, Covid-19 was declared a pandemic by WHO.