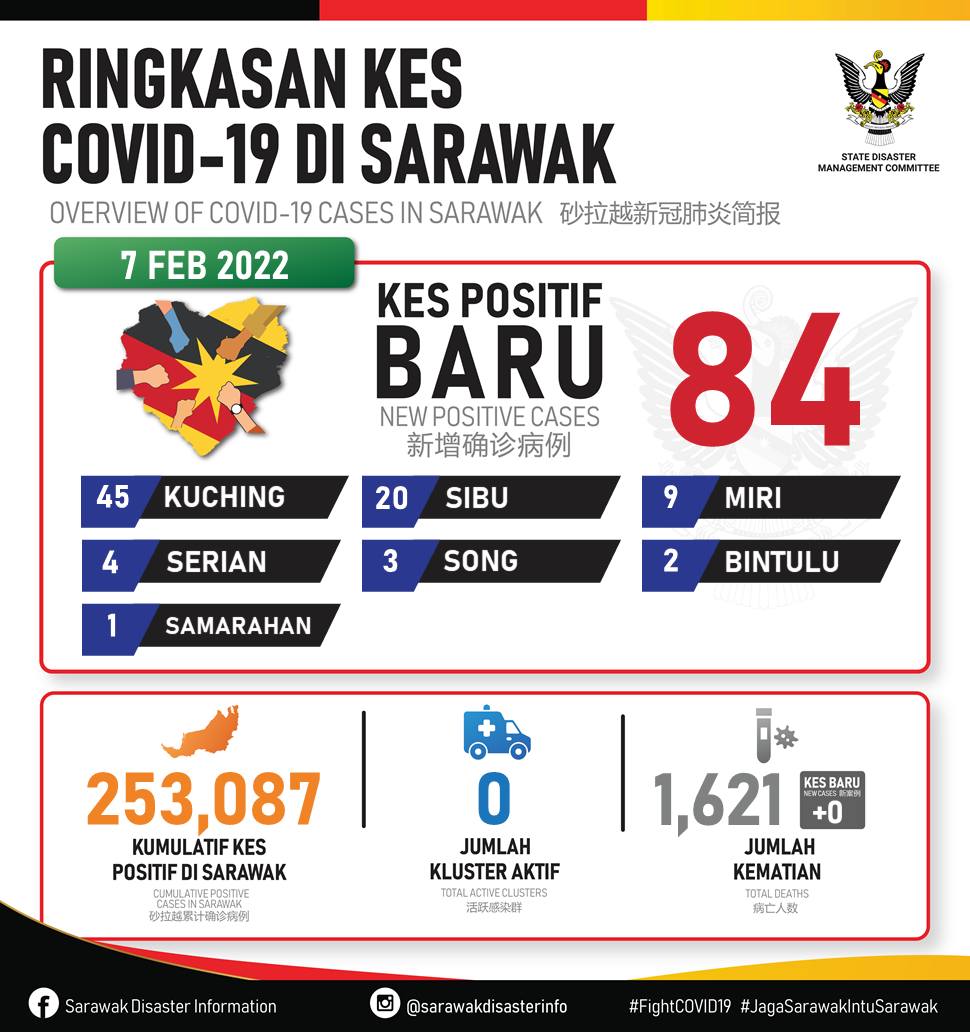 KUCHING: An upward trend in Sarawak’s Covid-19 cases continued with 84 new cases recorded on Monday (Feb 7) compared to 58 cases on Sunday, bringing the total number of cases to 253,087.

In its daily update the Sarawak Disaster Management Committee (SDMC) however said only one case was classified under Category 3 (lung infection).

“No new fatality or clusters were reported,” the committee said.

In addition, there are 98 new persons under surveillance with 273 of them currently quarantined at designated hotels.

SDMC also stated that the total number of persons under surveillance who have been discharged numbered 165,890.

In terms of non-compliance to the standard operating procedures (SOPs), the Ministry of Health (MOH) issued compounds to ten errant individuals in Bintulu, Kuching (five) and Kapit (one) from Jan 30 to Feb 5.

Of the figure, 15 of them failed to scan the MySejahtera before entering a premises and one person did not wear a face mask in public.

This brings the total number of compounds issued by MOH since Mar 11 last year to 717.

Meanwhile, Kuching police had issued a total of 10 compound notices to errant individuals for failing to scan the MySejahtera before entering a premises (seven) and failing to wear face masks (three).

With this, it brings the total number of compounds issued by Sarawak police to 13,177.