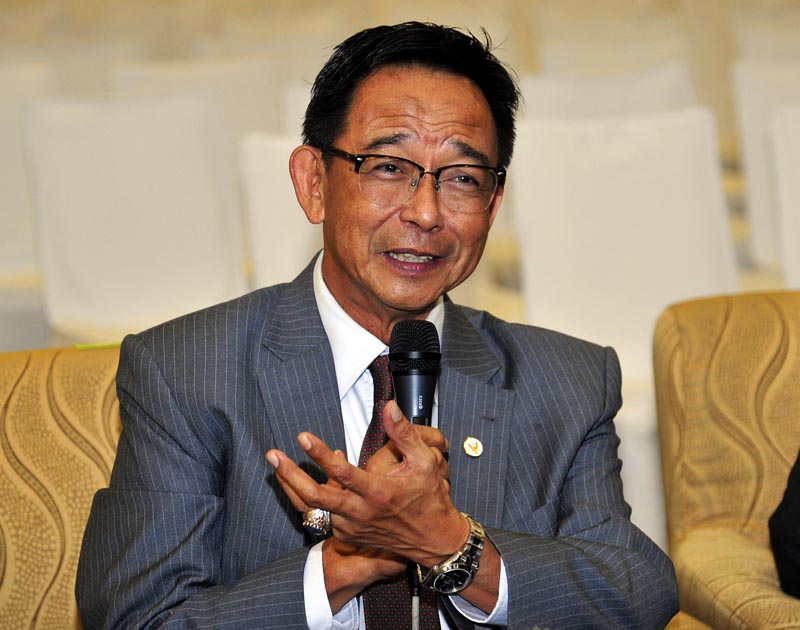 ASAJAYA: Youth, Sports and Entrepreneur Development Minister Datuk Seri Abdul Karim Rahman Hamzah recommended that the Football Association of Sarawak (FAS) to use the services of coaches and players according to the club’s financial ability.

According to him, it is to ensure that Sarawak’s name is not tarnished in the national football scene.

He added that the issue of salary arrears for players and staff that plagued the Sarawak United FC (SUFC) is beyond his jurisdiction since the club is administered by a national body outside of Sarawak.

“We cannot intervene too deeply because the league currently runs in a system with clubs and the league in Malaysia is administered by the Football Association of Malaysia (FAM).

“The name has Sarawak in it but in fact SUFC is administered by a body outside the state, that is why FAS needs to open up and inform us,” he said this when asked to comment on the issue of salary arrears for SUFC’s staff and players which is said to be still pending at a press conference at the Asajaya Sports Complex yesterday.

Commenting further, Karim admitted that it is better to sign players that the club is capable to pay rather than taking the decisions to sign the staff and players that they cannot afford which could cause financial implication to the team.

“If you cannot afford to pay the salaries of staff or players with large fees and huge salaries, then just do not sign them.

“This is what sometimes causes them to face these problems, paying salaries up to RM40,000 a month without the financial resources available for them to do so,” he stressed.

In the meantime, he hopes that FAS can discuss with FAM to provide more subsidies to Sabah and Sarawak.

“I say that because if they want to play against other teams in the league, teams from Sarawak have to get on a plane multiple times per season to go to other states for the away games compared to the teams located in West Malaysia.

“Therefore, the subsidy given to teams from Sabah and Sarawak should be much more than what is given to the teams based in the Peninsula,” he said.