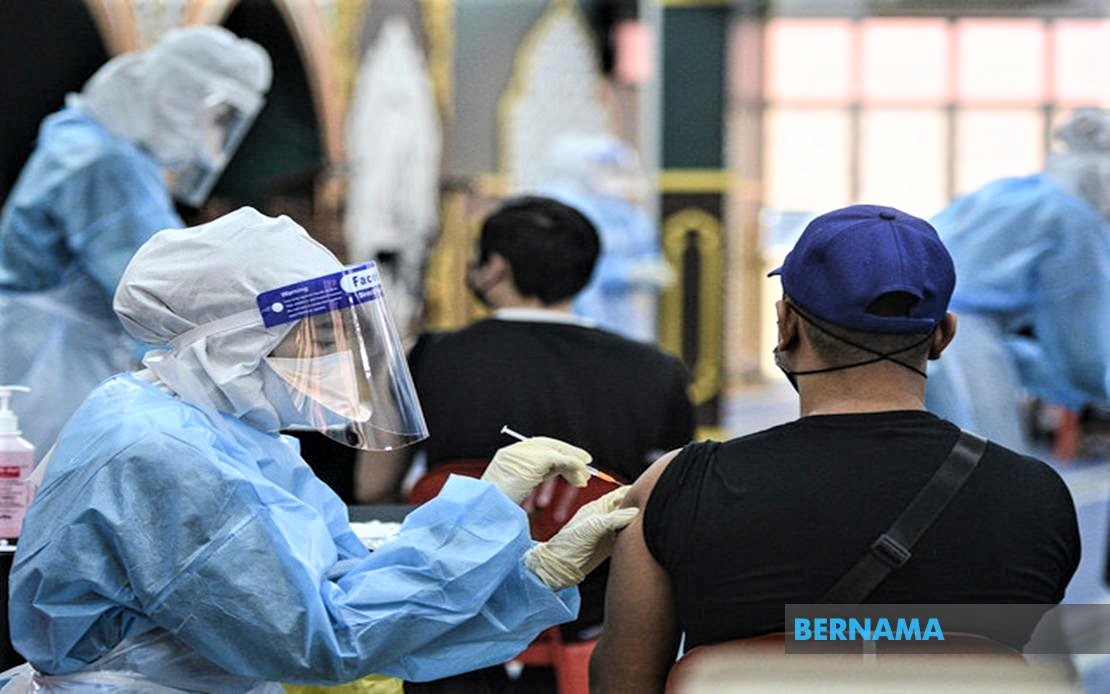 ALOR SETAR: The public has been advised to use the correct channels to complain about issues related to the administration of the Covid-19 vaccination.

Deputy Inspector-General of Police Datuk Seri Mazlan Lazim said the police would investigate and take appropriate action if they received reports related to misconduct by any party involved in administering the vaccine.

“If there is any problem related to the vaccine, report it to the authorities and avoid spreading the matter on social media because it will cause problems to others. If there is a police report made, an investigation will be conducted.

“For example, if there is an allegation of death after receiving the vaccine, confirm what the real cause is. If it’s not due to the vaccine, don’t spread it, because it only will upset others,” he said after visiting the roadblock at the Alor Setar Utara Toll Plaza here today.

He was asked to comment on the ‘empty vaccine syringes’ issue and allegations of deaths occurring after receiving the vaccine in posts which had gone viral on social media recently.

Earlier, National Covid-19 Immunisation Programme (PICK) Coordinating Minister Khairy Jamaluddin said that only one case out of 13 police reports filed on the issue of ‘empty syringes’ had actually occurred, which was due to negligence, while the rest had no solid evidence as alleged on social media.

In a separate development, Mazlan said a total of 858 roadblocks were implemented nationwide during the movement control order (MCO) with 13,286 personnel involved.

“I urge the public to cooperate during roadblocks by displaying valid travel documents. Don’t talk rudely to the officers and members on duty because they have been on duty for a long time, so we don’t want tensions to arise,” he said.

Meanwhile, he said for Ops Bantu, the police had received a total of 18,286 requests for help through phone calls and through the WhatsApp application from people affected by the Covid-19 pandemic who needed help.

“In total, 14,948 food baskets have been distributed through this Ops Bantu nationwide. It is hoped that this assistance will reduce the burden on those affected at this time,” he said. – Bernama

No hybrid parliament sitting, all MPs allowed to attend