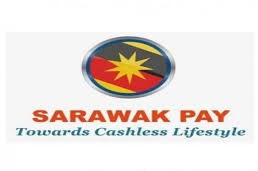 KUCHING: Sarawak Multimedia Authority (SMA) had to limit the number of users who logged in to the Sarawak Pay application in conjunction with the Sarawak Day double rewards campaign on Wednesday.

According to SMA general manager Dr Zaidi Razak, the application’s server did not suffer any damage.

“We have 400,000 Sarawak Pay users who have to make three transactions to participate in the double rewards campaign in conjunction with Sarawak Day.

“For this reason, we had to limit the number of users who logged in simultaneously.

“For users who have not yet had the opportunity to participate in this campaign, do not worry because it will be extended until the funds run out,” he said when contacted by our reporter yesterday.

Refusing to reveal the amount of funds given by the state government to them, Dr Zaidi said it is an initiative to encourage more people to use the e-wallet.

“Actually, we are very surprised by the overwhelming support of users in this double rewards campaign.

“Therefore, we hope users will be patient in redeeming their reward points (by topping-up their respective e-wallets),” he said.