KUCHING: While it is important to focus on vaccinating adults, senior citizens and people with disabilities (OKU), the need to vaccinate children, especially those with comorbidities, should also be taken into consideration.

Associate Professor Dr Helmy Hazmi, a public health physician currently working in the Faculty of Medicine and Health Sciences, Universiti Malaysia Sarawak (Unimas), pointed out that even if all of the adults were vaccinated, the desired herd immunity could not be achieved.

“In order to achieve the herd immunity of at least 80 percent, the vaccination drive should also include children under 18 years old. After all, those under 18 make up a quarter of the nation’s population.

“Even if we manage to vaccinate 100 percent of adults, we still have not achieved the desired herd immunity yet since we miss out on the children,” he said.

Dr Helmy pointed this out when asked by New Sarawak Tribune whether Sarawak should include vaccine doses for children in its proposed vaccine purchases today.

Dr Helmy stated that children under the age of 18 represented less than 10 percent of reported cases of Covid-19 but this did not indicate that they were immune.

He said infected children might remain asymptomatic or showing mild symptoms but could pass on the infection to adult members in the households.

“Children are less affected by Covid-19 as children under the age of 18 represents less than 10 percent of reported cases of Covid-19 and in some places, it is as low as 2 percent. In addition to that, the death rate involving children is very low.

“This is in contrast with the adults who are more susceptible to contracting Covid-19 and the risk of dying is higher, particularly for the elderly as well as those with existing chronic diseases. Hence, it is right to prioritise adults and elderly for vaccination.

“However, we cannot deny that children are not totally immune. It is worrying because they can still be infected and may pass on the infection to other adult members, especially the elderly and those with comorbidities,” he said.

Dr Helmy added that children with comorbidities should be considered for vaccination next.

“We need to also think about children with comorbidities. There are children who have diabetes, asthma, heart disease, weakened immune system, who are obese and so on. Until data is available and if everything goes well, they should be next on the list to be considered for vaccination,” he said.

Dr Helmy said the purchasing power and availability of vaccines to be purchased must also be taken into account.

“Other factors that need to be considered when including vaccine doses for children are the purchasing power and the availability of vaccine to be purchased. It may be the bottle neck for us.

“We may have the money to buy vaccines but the production of vaccines might be limited. We need to remember that all countries in the world are scrambling to get their hands on the vaccines,” he said.

Asked whether the current vaccines were safe for children, Dr Helmy stated that Pfizer recently reported that its vaccine was relatively safe when administered to teenage group.

“In terms of safety, Pfizer has announced that in its third phase of trial involving 2260 adolescents aged between 12 to 15, the efficacy rate is 100 percent. This is more than the adults which is at 95 percent.

“The most important thing is that there were no serious effects reported. Although at this point, the data has not been peer reviewed and confirmed independently, it is an interesting development.

“We are still waiting for results from other trials using other types of vaccine involving children and adolescents. Similar patterns should be seen in trials involving other vaccine types but we need to follow up closely on the data as time goes by,” he said.

On the administration of vaccines for the children, Dr Helmy said it would be a multisectoral task similar to the current vaccination exercise.

He pointed out that it would not only involve the Ministry of Health (MOH) but also collaborations with the Education Department, Department of Information, local municipal councils or village committees, among others.

“Our action should be based on data. We just had a census exercise and the information on the distribution of the age groups can be used as a guide in the action plan to administer the vaccines.

“There is also a need to look at hospital registries to determine the number of children with comorbidities if we wish to vaccinate them too,” he said. 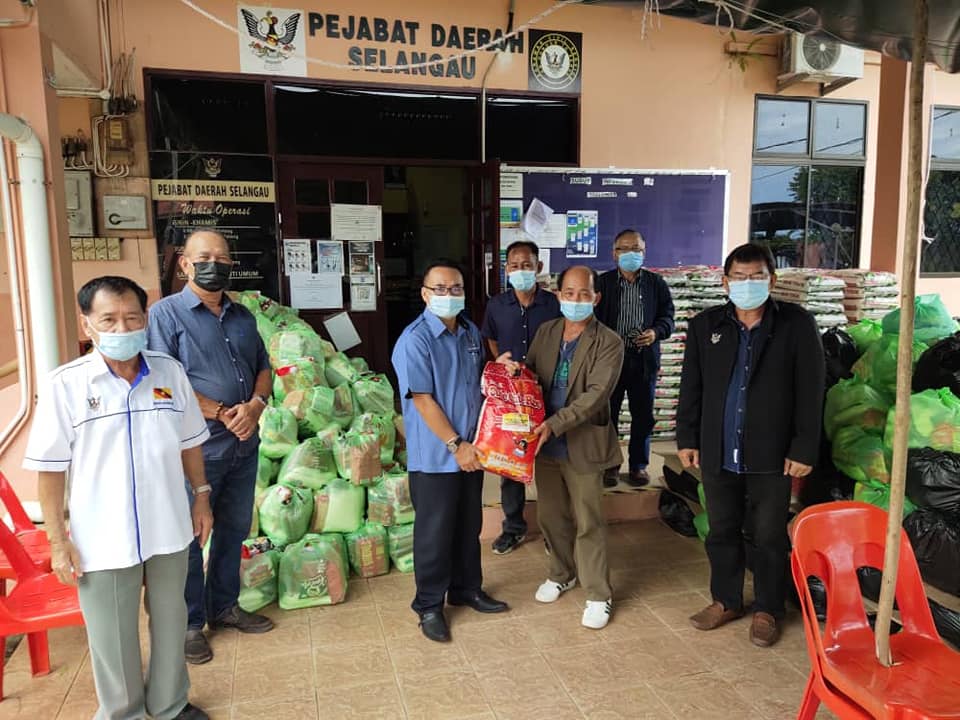 Food aid for 7,050 households in Tamin

Traffic down by half due to MCO