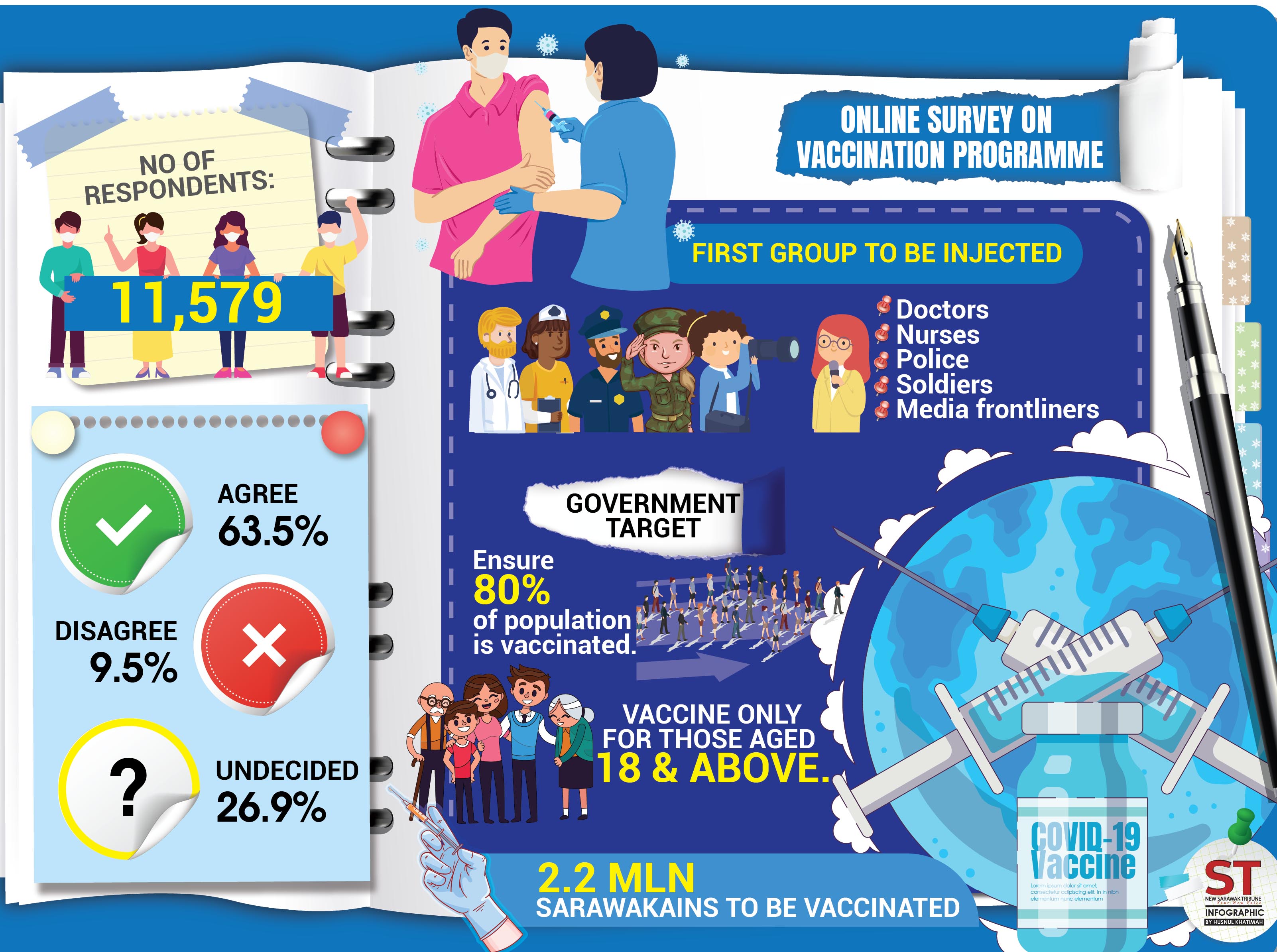 SIBU: Local Government and Housing Assistant Minister Dr Annuar Rapaee hopes that the Covid-19 vaccination programme, which starts at the end of this month, will be well received by the community.

“Although some parties are still sceptical of the vaccine, it is a step that needs to be taken to ensure that the Covid-19 curve can be flattened and completely eradicated,” he said here today.

He also revealed that 63.5 percent of the 11,579 respondents in an online survey he organised on social media agreed to the vaccination.

Only 9.5 percent disagreed while the other 26.9 percent were undecided, the Education, Science and Technological Research Assistant Minister said.

He said the first group to be vaccinated would be doctors and nurses, police and military personnel as well as media staff on duty as frontliners.

He added that the government’s target was ensuring that 80 percent of the country’s population are vaccinated.

The vaccine would only be given to those aged 18 and above, while there was no evidence that the vaccine was effective to those below that age because no research had been done, he said.

“My message is very clear — we want vaccinations to be done as soon as possible on as many people as possible.

“If you look at countries like Israel and the United Arab Emirates, the number of daily cases decreased even though half of their population had not been vaccinated,” said the Nangka assemblyman, who is also Sibu Division Disaster Management Committee coordinator.

It is expected that 2.2 million Sarawakians will receive the vaccine throughout the year.