KUCHING: Several development projects are in the pipeline for Kampung Narub and Kampung Klid in Dalat.

Datuk Seri Fatimah Abdullah says a road linking Kampung Medong, Lebrasau and Kampung Klid is being built but progress is behind schedule.

“I request that the contractors and implementing agencies use the ‘catch-up plan’ to ensure that projects can be implemented smoothly.

“This road is the only major project that is needed by the residents because it connects Kampung Klid and the surrounding areas with Pekan Dalat through Kampung Medong,” explained the Dalat assemblywoman.

She was speaking during a visit to the project site recently, as reported by the Sarawak Public Communications Unit (Ukas).

Fatimah said the 11.5km project costing RM44.4 million was delayed by 20 per cent.

She said this involved the locals planting eggplants, chillies and pumpkins.

Apart from that, Fatimah also presented a minor rural project allocation of RM25,000 to build a kitchen for the Kampung Narub Community Hall and for the construction of a small bridge and a pontoon.

She also visited the residents of Kampung Narub and Kampung Klid during the Covid-19 mobile vaccination programme.

As of July 6, 122 residents of Kampung Klid have received the first dose of vaccine at the Kampung Klid/Sua Community Hall.

Ninety residents of Kampung Narub received their jabs during the vaccine rollout. 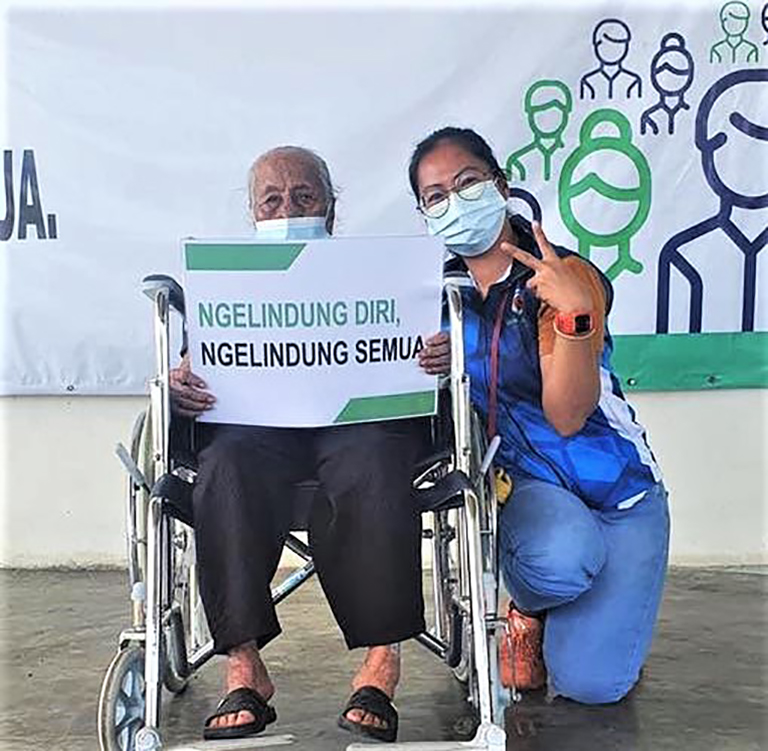