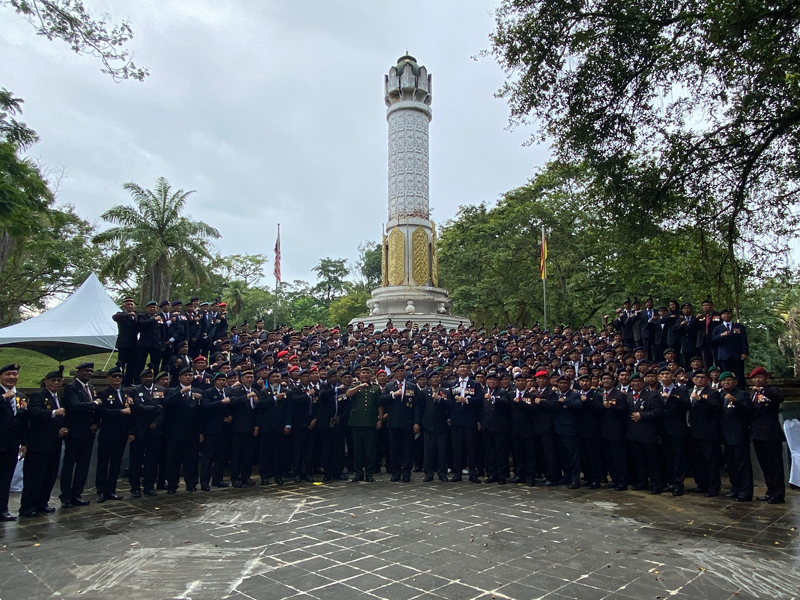 Veterans told to be part of 2030 drive

Give time to new Cabinet to deliver, says Kiang Chiok

KUCHING: Veterans of the armed forces have been encouraged to seize every opportunity to help realise the state’s aspiration to be a developed state by 2030.

Lt. Gen (rtd) Datuk Stephen Mundaw said they should not be left behind especially in the government’s efforts to implement the Post Covid-19 Development Strategy 2030 (PCDS 2030).

“We should not be doing nothing. Take up the opportunities and assistance provided through the veterans association throughout the state.

“Many aids have been provided to help veterans. Among them are the agricultural project assistance and fertigation system courses. Those things can provide you with a skill that can be monetised.

“Our veterans should also be good at finding information and sharing with each other. Thus, we always encourage the veterans to sign up for any veteran association in their area so that we could always get an update on their information,” said Mundaw.

He said this during the Warriors’ Day 2022 celebration at Heroes’ Monument park here today (July 31).

He pointed out that the State government is fully committed to the welfare of the military veterans, helping them even after they retire.

The government, he said, is very understanding of the veterans and has helped much in terms of one’s living standard, home and jobs.

He also dwelled on issues raised by veterans of the Malaysian Armed Forces (MAF) including those related to pensions recently.

Mundaw said the veterans and federal government are still at the stage of discussion and negotiation.

“We will try to raise the amount of pensions to make veterans live a more comfortable life.

“For non -pensionable retirees, it may be possible to help them by giving them a household living aid,” he added.

After two years of lapse due to Covid-19, they were finally able to host the day even though on a small scale.

“The event was planned to be held on a large scale, usually we take turns with the PDRM (Malaysian police). But maybe they were not ready for this year.

“This event was made possible as it is synonymous with our veterans, after all, the spirit of the veteran cannot be broken,” said Pahot.