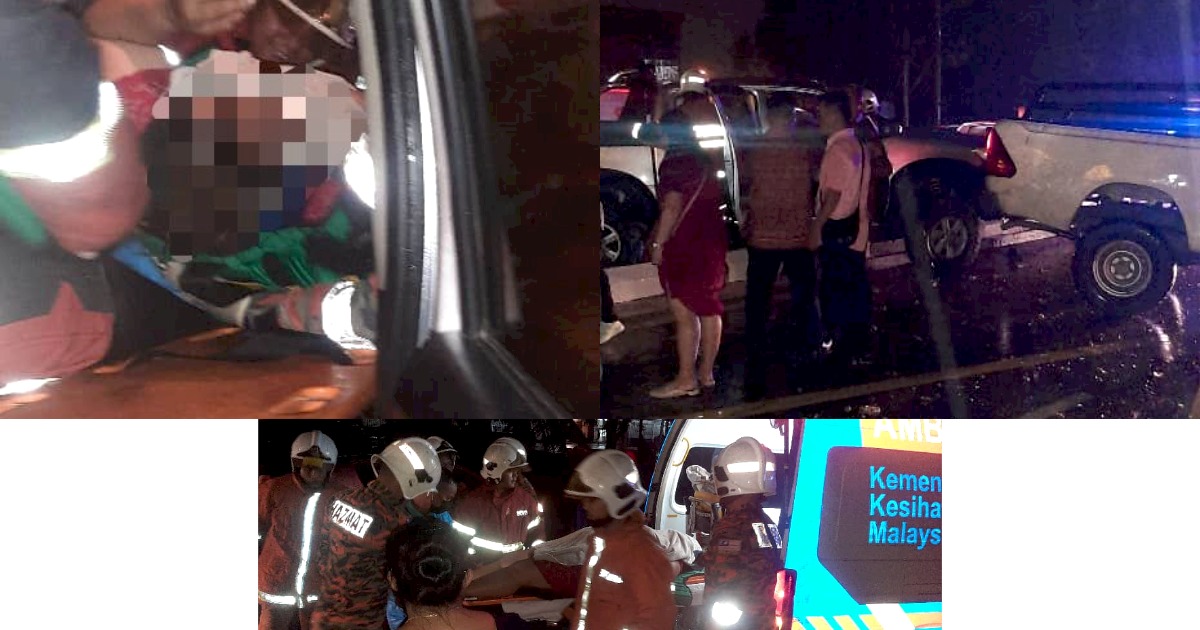 Victim extracted from pickup in four-vehicle crash in Bintulu

An emergency call was received by the State Fire and Rescue Operations Centre (Bomba) at 10.44pm that night and despatched a crew from Bintulu Bomba station.

It said the emergency call reported that there were three vehicles involved in an accident at Jalan Husin Onn.

“Upon arrival, the operations commander stated that there were actually four vehicles – three pick up vehicles and a sedan.

“A total of nine victims were involved in the accident. Eight of them manage to get out of their vehicles while a victim was still trapped in one of the pickups,” it said.

Firemen used a special equipment, the Rescue Cutter, to extract the victim and was put on a stretcher to be transported to a hospital by ambulance.

The eight victims who got out only sustained minor injuries and safe. Once the situation was safe, the firemen turned back to the station.