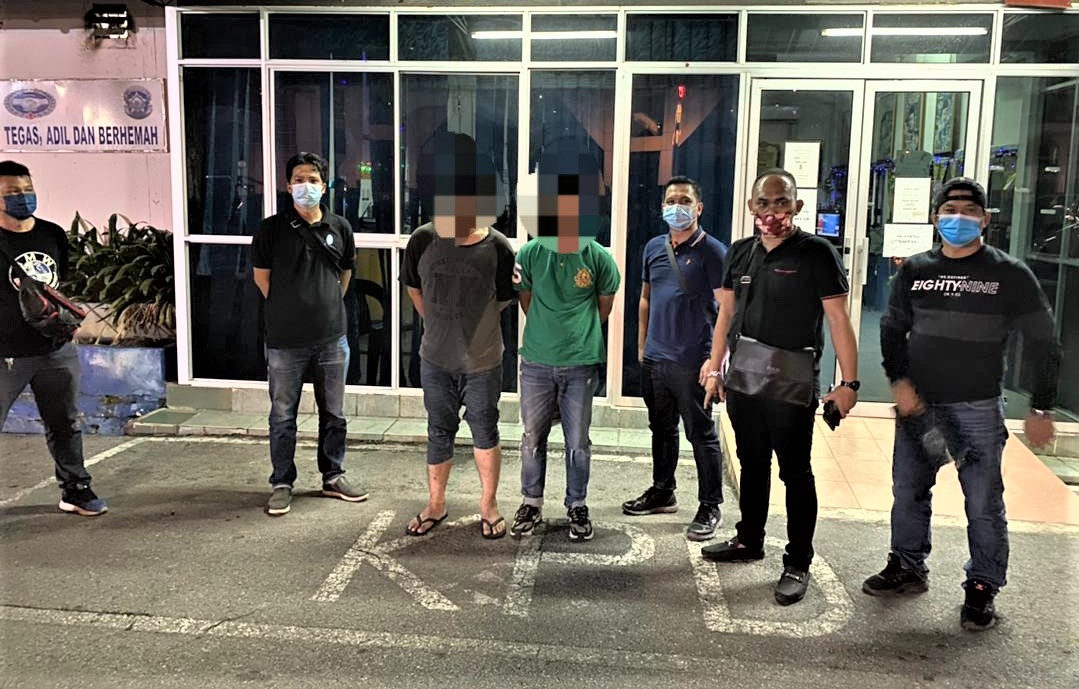 MIRI: A man was injured during an attempt to steal his sling bag on Monday night.

In the incident that occurred at a parking lot nearby a hotel in Jalan Permaisuri here, two men reportedly tried to snatch a bag from the victim.

The incident occurred around 10 pm when the victim was walking towards his car.

He was suddenly being approached and attacked by the suspects, who had allegedly followed him earlier on since he was at the hotel’s lobby.

With blood covering his face, the victim managed to run back to the hotel’s lobby, seeking help from the staff on duty who later on called up the ambulance and police.

Subsequent to the incident, two local men aged 41 and 19 were detained by a team of Miri Criminal Investigation Department (CID) to assist in their probe on the incident.

Police picked up the suspects from two separate locations.

Police made the respective arrests during a raid code-named Ops Aidilfitri/Ops Cantas around 11.30 pm on Monday and 12.30 am on Tuesday.

The case is being investigated under Section 394 of the Penal Code for voluntarily causing hurt while committing robbery, which provides for imprisonment for up to 20 years and can be fined or whipped if convicted.