MIRI: A Vietnamese man was caught with a stolen motorcycle at a roadblock set up under the movement control order (MCO) in Lambir last Sunday morning.

The motorcycle was reported stolen by its owner in Lutong less than four hours prior to the arrest.

According to Miri police chief ACP Hakemal Hawari, the 34-year-old suspect was seen riding the stolen motorcycle which rose suspicion among the enforcement authorities manning the roadblock.

“The suspect was unable produce the relevant documents such as driving license when instructed by the police,” he said.

The suspect is currently being detained at Miri Central police station (CPS) for further investigation. 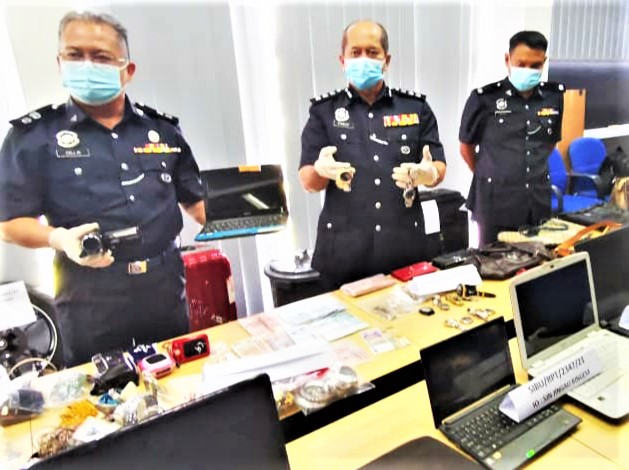 Cops cripple Geng Jaya with arrest of four, including boss