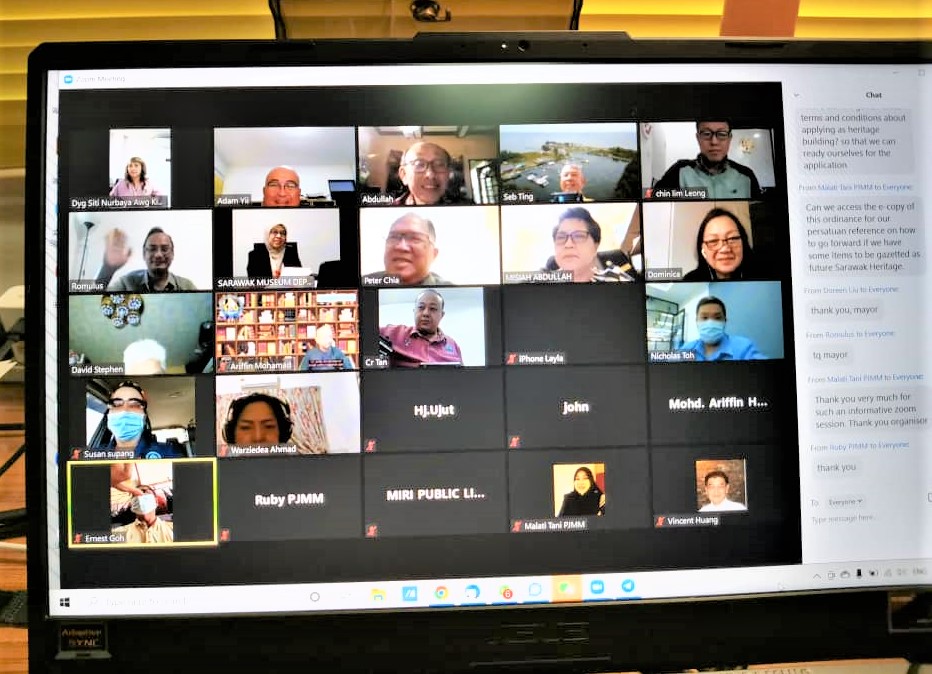 KUCHING: Miri City Council (MCC) hosted a virtual forum on Friday (Feb 5) regarding heritage sites in Miri which have the potential to be developed into tourism products.

The briefing provided insights into the Sarawak Heritage Ordinance 2019 as well as the policies formulated by the state government on the development of heritage sites which have potential value as tourism attractions.

Councillor Warziedea Ahmad, chairperson of the council’s standing committee for tourism development, was given the task to chair the forum.

Also participating were representatives from the Resident’s office and district office in Miri, government departments, tourism-related agencies, various Miri community associations and others.

Apart from the informative briefing, the virtual forum was also used as active discussion platform and sharing of views as well as suggestions.

The forum will gather on what transpired and this will be used for tourism development of heritage sites found in Miri.