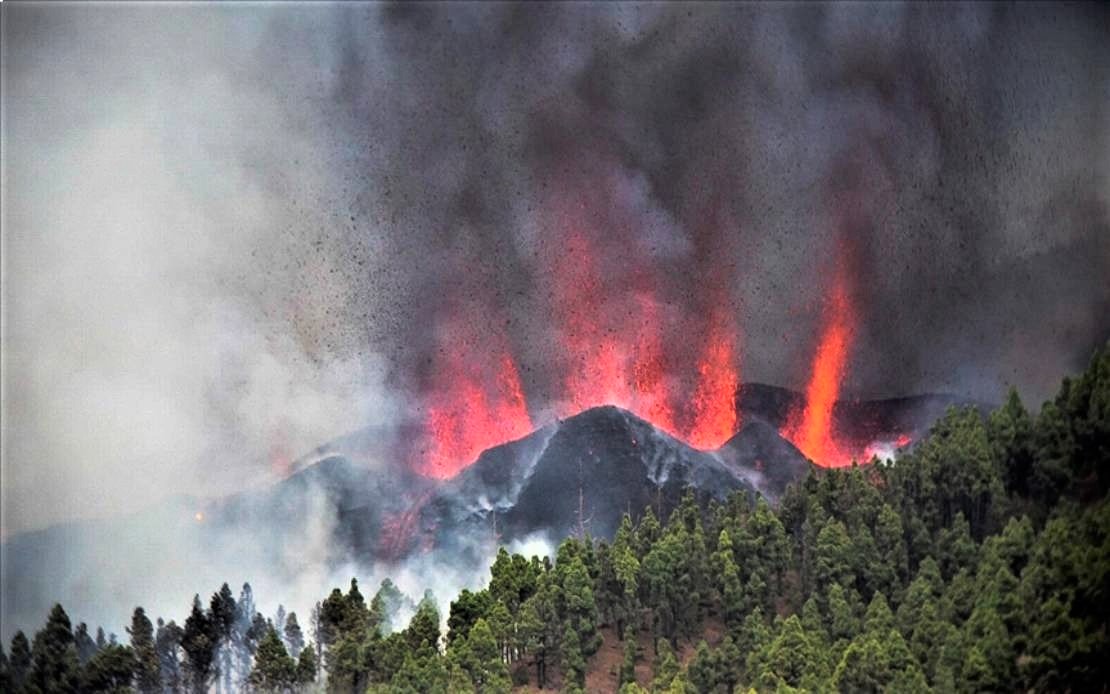 MADRID: A volcano on the Spanish island of La Palma erupted on Sunday, spewing lava, smoke, and ash, and prompting the evacuation of thousands of residents.

This is the first time the Cumbre Vieja volcano, located on the Canary Islands in the Atlantic Ocean, has erupted since 1971.

Spain’s Civil Guard police force said they are evacuating between 5,000 to 10,000 residents from the affected area, reported Anadolu Agency (AA).

So far, the smoke and lava have already affected four major highways.

Spanish Prime Minister Pedro Sanchez said on Sunday that he was postponing his upcoming trip to New York, where he was set to attend the UN General Assembly, and would instead travel to La Palma.

The eruption was predicted by Spanish scientists who began to note elevated seismic activity in the area. Over the past eight days, around 25,000 small earthquakes were detected.

Several Spanish scientists have told local media that the eruption could last weeks, with the lava eventually flowing into the ocean.

Although rare, it appears to be a normal eruption and has not impacted the small island’s airport.

Canary Islands President Angel Victor Torres said on Sunday that no deaths or injuries have been reported. – Bernama

Sanctions need to be lifted to avoid food crisis

Ramos-Horta sworn in as Timor Leste president for second time