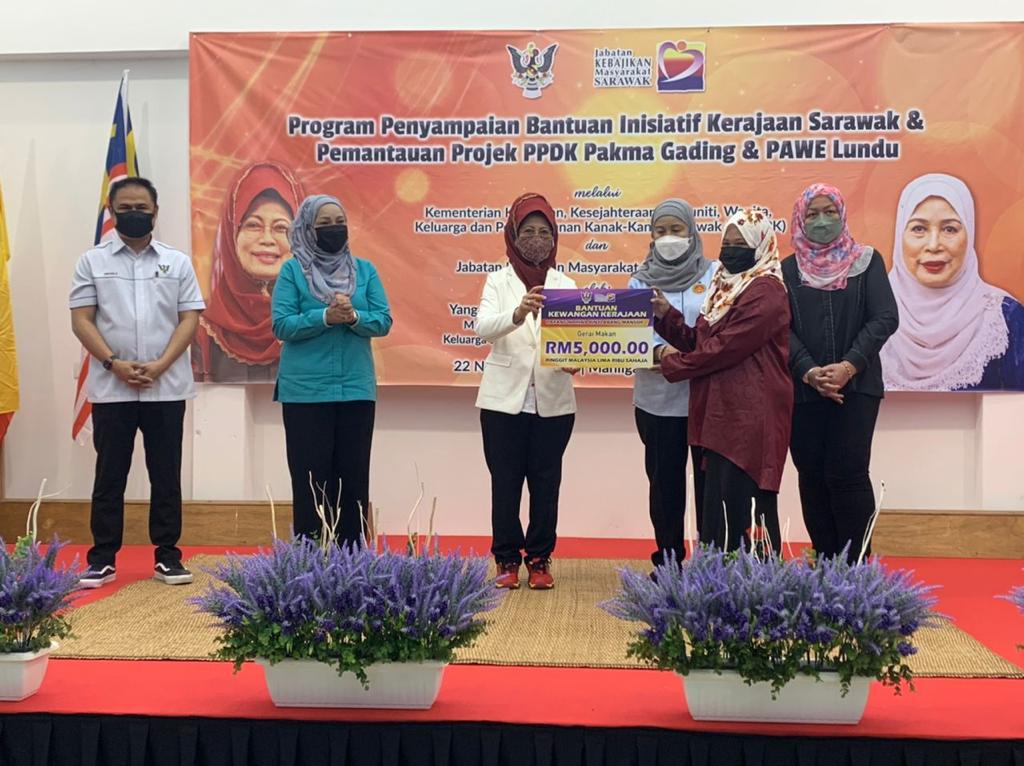 Looking for next of kin of Mohamad Imran Fitri

LUNDU: Datuk Seri Fatimah Abdullah has urged Sarawakians to vote for a government that has proven itself.

“As Sarawakians, we want to see our state be developed further and the people living in prosperity. Having said that, no government or candidates can prove themselves as such other than Gabungan Parti Sarawak (GPS).

“The GPS government has proven its commitment in developing the state as well as taking care of the wellbeing of its people.

She said this during the presentation of Sarawak government initiatives at Mahligai Gading Complex in Lundu on Monday (Nov 22).

She noted that no other state in Malaysia gave such assistance to the rakyat.

“The GPS government is willing to spend millions of ringgit for the sake of the people.

“Sarawak needs to have a stable government so that we can focus on both the infrastructure within Sarawak and the prosperity of the people. We need the big mandate from the rakyat to ensure the stability so that we are able to move forward whilst the people enjoy the support and assistance provided by the GPS government.

“Hence, I hope that the rakyat will vote for the government which has been governing the state well and also for someone who continues the policies and protects the rights of Sarawak, which is being done by our chief minister Datuk Patinggi Tan Sri Abang Johari Tun Openg.”

She added: “Those who are eligible to vote, I urge them to go and vote during polling day, however, always keep in mind to comply with the new SOPs at all times.”