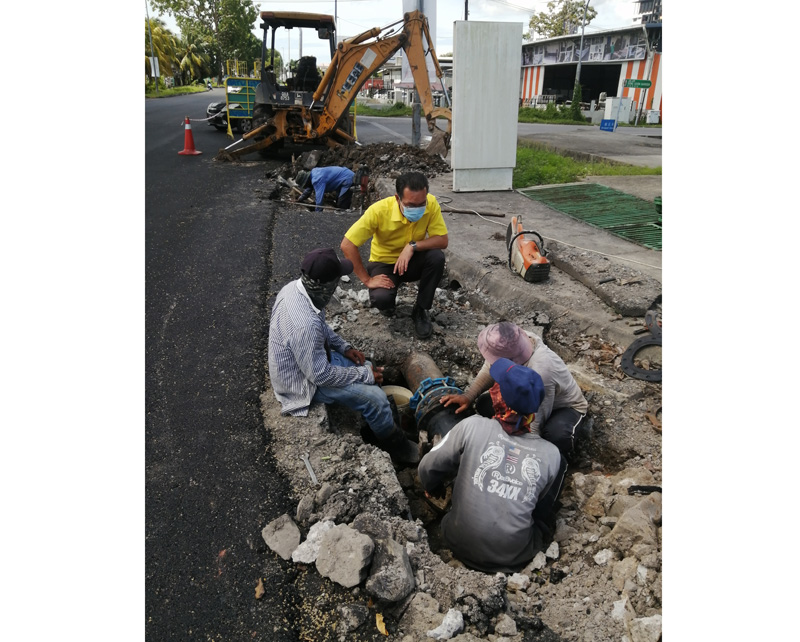 Walk the talk regarding ‘Keluarga Malaysia’

KUCHING: It is hoped that the government’s vision of ‘Keluarga Malaysia’ would not just be words but rather demonstrated through real action, with an emphasis on the advancement and progress of all the different ethnic communities of the nation as a whole.

He also hoped that the current government would truly represent the full diversity of the people by implementing fair and effective legislation to shape a positive and inclusive future for all the diverse communities of the nation.

“It is hoped that this government will continue to promote the essential values of mutual respect, dialogue and compromise to prevent our societies from being increasingly polarised and divided,” he said in a statement today (Oct 7).

He also expressed his hope that the current government will ensure that no minority group or community would experience any discriminatory and xenophobic rhetoric which could scar societies and push communities to grow further apart.

“We have recently seen racism rearing its ugly head to the extent that it caused dissatisfaction and discontent particularly among members of our country’s ethnic minority after a one-minute video went viral in which an individual is seen making disparaging remarks about non-Muslim faiths and the Dayak community.

“The government should view this seriously and be quick to take action against individuals who make provocative statements to further their political or religious goals, as this could threaten peace and harmony which is a setback for the progress of any nation,” he stressed.

On a separate matter, Yap, who is also SUPP Public Complaints Bureau (PCB) chief, shared that he had recently received complaints and requests for assistance from the public regarding a burst main water pipe along Jalan Datuk Tawi Sli, located in front of Boulevard Mall.

“Following the requests, the complaint was immediately communicated to the Kuching Water Board and the burst main water pipe has been repaired,” he said.

SUPP PCB is always ready to lend a helping hand to anyone facing problems or who come across issues of public interest but are unsure of how to handle them. Anyone requiring assistance can always call SUPP PCB at 016-7797688 or 082-246999, or directly visit the SUPP Head Office to request for assistance.

Centres for elderly: Why not? It’s a good idea
Previous Post
Studies on political funding law focus on transparency