Making your appearance on stage can be a nerve-wracking experience, and despite being a runway model for countless shows now, Irfan Razali still gets nervous from time to time. However, Irfan admits that modelling has changed his life for the better.

Not as easy as it looks

according to runway model Irfan Razali, behind the curtains of every fashion show is hectic and chaos. “It is not as straightforward as it looks. There are a lot of work that goes behind the scenes. There is a strict routine that we need to follow, and often at times when we don’t focus, things can get messed up.”

The 25-year-old Irfan said that models need to be fast especially in between intervals. “I always sweat so much during preparations behind the scenes, but as I exit to the runway, everything must look perfect.”

Recalling his journey from five years back, Irfan said he had never dreamed of becoming a fashion icon. Now a model with local agency Style Series, Irfan revealed that he was approached with a job in the scene.

“I was working at a local boutique and Style Series’ founder, Geraldine happened to shop there. She approached me and a colleague and asked if we would like to model for their upcoming event. Days later, I went to their modelling workshop, just out of curiosity, despite not having the interest to become one,” Irfan shared.

The engineering student added that modelling was something out of his comfort zone. “To me, it’s just not something I would do as I am a very laid back kind of person. I really don’t like being the centre of attention.”

Nonetheless, Irfan revealed that modelling changed him for the better. “I am glad I took the shot. It turned out really well for me. I became more confident and outgoing.”

“I was once an introvert. I would always wait for people to start a conversation, but now my social skills had improved a lot.”

The tall-lanky lad also admitted that before this, he was just a simple person. “I preferred just comfortable clothes such as a t-shirt and jeans. Almost anything will do for me, as long as I don’t look crappy. But I started to change my style after working in a fashion boutique, even more so after I started modelling.”

Surrounding himself with fashion throughout the years, Irfan quickly learned to style himself. “Going outside, you’re representing yourself. As a model, I can’t simply wear anything as I have to look and be presentable.”

Sharing on his first runway experience, he remembered feeling worried and nervous. “I kept thinking what others would think of me. I was very shy at first, but it turns out, modelling was really fun. The other models were friendly so they taught me many things.”

Standing at 185 centimetres tall, Irfan admitted that initially his catwalk was stiff. “Trust me, it is not as easy as it looks. It requires tonnes of practice and to be honest, I am still striving to improve myself. There are so much things for me to learn,” said Irfan.

“Sometimes, I still feel that my runway walks are stiff, especially when I am very nervous. Usually because I don’t know how the audience sees me in the outfit I am walking,” he shared.
Modelling since early last year, Irfan elaborated that he would feel anxious on stage, particularly when he dons attires that he is not comfortable with.

“It really depends on the outfit. Sometimes it can be because I am not used to the style, and with a lot of eyes watching, it’s very nerve-wracking,” he added.

The most awkward show for him would be when he had to wear a blazer with a skirt, and when he was wearing an under-sized jumpsuit. “It was quite awkward. The good thing was the skirt was long, just below my knees. Meanwhile, the under-sized jumpsuit was really uncomfortable at the crotch area! But it was fun though, how many men can say they have worn a skirt and a jumpsuit?”

When asked about the perks of becoming a model, Irfan said that he treasures the times mingling around and networking with people of different social classes. “We can exchange ideas and learn of others experiences.”

On the other hand, being a model can be challenging too. According to him, having to constantly look good can be a struggle at times. “My body becomes someone else’s, so I always have to look good. I also need to stay in shape and I couldn’t even grow my biceps, otherwise I could not fit most clothing.”

Nonetheless, his experiences with modelling was a great game changer for him as it transforms into a different person on the runway, and a better person in life. 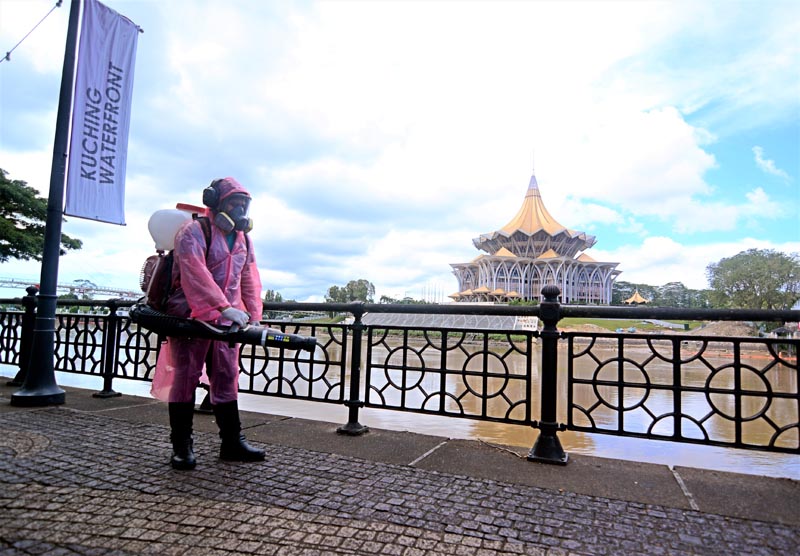 Blessings in disguise amidst hardships